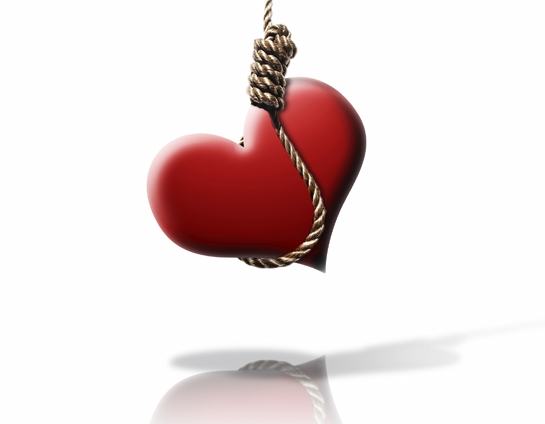 Yep, he cheated while we were married. They evidently split shortly after our divorce. He didn’t want a divorce, I did. I feel so stupid for still loving him. I’m scared he’ll cheat on me again. What are the guidelines for attempting to reconcile?

As a man, I would never go back to an ex but that’s just me. By going back to your ex-husband especially after he cheated on you, you are giving the wrong message. You are basically saying that you’re there just waiting for whenever he wants to come back to you. Think about it, this guy cheated and when you left him he kept the relationship with the other woman; now that it didn’t work out he wants to come back?

What this means is that the only reason he wants you back is are second best.

Do you really want to be second best? Have some self-respect and move on. Even if you say you still love him, I think you’re just confused or have a really low self-esteem.  Sometimes it is easy to mistake love for being accustom to someone.

My advice to you is that if you’ve made a decision to leave him you should stick to it and stand by your word. Next time something like this happens to you, its best to really think about the situation and make a decision whether you are willing to forgive your man and work on a solution to the problem rather than just run away from it. It’s really easy to just divorce your cheating husband just because you think this is what you’re supposed to do but sometimes really having an open mind and looking at the possible causes for the affair might be the better choice especially when you know this is the person you really want to grow old with.

A lot of the times women tend to think that men are just pigs and like to screw around (which is true) but sometimes it goes beyond just screwing around an there could be many possible reasons for it. For instance, there are times when a couple gets married too young and never really get a chance to experience some of the things they should at that age and as a result, they try to fulfill those needs by constantly trying to go out and live what a single person lives at age 21. Yes, I do believe is the wrong thing to do but that’s why it’s not a good idea to get married at an early age. When this happens every situation is different, some get married because they have no direction in life and think is the next step. Others just because they really think that’s the love of their lives but what do they know at that age? They have no real experiences to compare and base their decision on.  Sometimes it’s the typical “kid on the way” excuse and thinks they have to get married. Whatever the reason is, it could be endless and there may be many to blame not just the men and so it’s a really good idea to see what the reason for the affair is and then if it’s justifiable maybe its worth working on fixing the marriage.

In addition, a common reason for affairs is when one of the two neglects the other. This happens to both men and women. Sometimes the other person just stops paying attention to them or simply doesn’t really support them emotionally. I’m a believer that besides being a spouse you should also be their best friend. What I mean by this is that the reason to marry someone is to have a life-long companion, a friend and someone who’s there for you one hundred percent of the time. Over time couples tend to forget about this and don’t realize that both man and women need someone there to support us emotionally and if you as the spouse can’t or won’t fulfill those needs someone else might come along and pick up the slack. The biggest sign of this is when you actually have a relationship on the side and it’s not just a physical affair. That means this other person is not only fulfilling the sexual needs but also the emotional ones.  So now the real question is who is the cause of the problem? And of course, there’s not just one answer because every relationship is different and have a lots variables that contribute to the problem, which takes me to my next point.

Every relationship should be treated individually and should never be compared to past relationships and especially to other people’s relationships. Sometimes is common to make decisions on how a situation should be handled based on what other people have done and this is just plain wrong. Even if another person has a similar situation to yours the relating details are completely different and should, therefore, be handled in a different matter. Its just best to analyze a situation individually, find the cause and come up with a solution that same way you would handle any other problem in life.