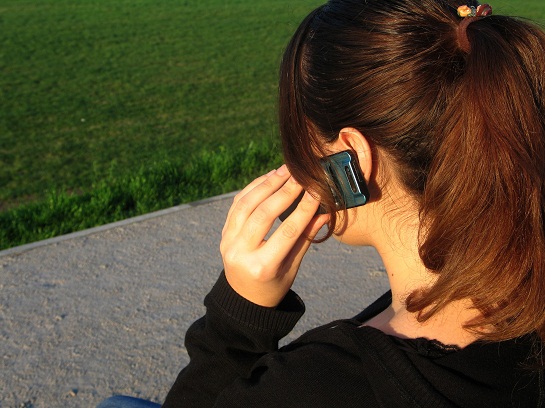 Do you hang up on your boyfriend?

Hanging up on your boyfriend is something that seems to happen a lot in a relationship. It almost seems like the minute there’s an argument between a couple and women gets frustrated they tend to hang up the phone right away. The problem is, this behavior has absolutely no positive gain to solving a problem.

I personally never call back anyone who hangs up on me, male or female. I think this kind of behavior should not be tolerated and it’s a total act of disrespect. Hanging up on someone is also immature and childish. Real adults don’t hang up on people. Real adults talk about a problem in a civilized way, without shouting or using improper language. It’s usually a dialogue between two people in which both parties exchange ideas and thoughts in an effort to coming up with a solution to a specific problem. You wouldn’t hang up on your boss in the middle of a sentence, would you?

If I’m ever in a situation where the other person hangs up on me, especially in the middle of my sentence, consider the argument over and don’t expect to hear from me EVER unless you call me back and apologize first and promise to never do it again. I generally give people one chance, only when they don’t know me well enough. I make it a point that I will not tolerate that behavior even when I’m the one at fault. If after that first incident they do it again, our relationship is over based on the fact that there’s obviously no respect what so ever between us. One of the most important factors in a relationship is respect and if it’s lost, then there’s no point in wasting my time. It’s really important to always have respect for one another in a relationship and those are the initial signs you’re going in the wrong direction.

Most importantly when someone hangs up on the other person, the possibilities of solving a problem are almost completely gone. The whole purpose of the argument is to come up with a solution to it and hanging up the phone is definitely not one of them.

Although some men do it too, it seems like women are the ones that do it more often, and not just the young ones. I don’t understand why. It’s almost like they think they’re supposed to hang up on guys whenever they feel like it. On occasions, they even do it on purpose and wait for the phone to see if the guy calls back. How immature is that?

Ladies grow up and stop hanging up on people.

I encourage everyone to put a stop to this behavior by never allowing it to start from the beginning of any relationship. But the key to making this work is to make a big deal about it the first time it happens and get your expectations across without any doubts. If you’re currently in a relationship where this happens a lot, you can still put a stop to it but it will just take a bit more effort. At the same time know that it works both ways and if you don’t want someone to hang up on you, you should be the first one to never do it.

So, are you the kind that hangs up on people? Why do you do it?