Why does he seem to show interest and then “disappear”? 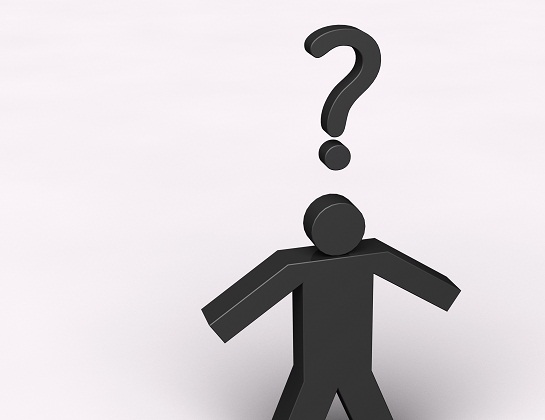 In the beginning we were really good friends but due to mutual attraction things became “awkward” pretty quickly. As time went on we continued to become very close & he seemed to be falling hard. He often took time out of his schedule to see me, brought me meaningful gifts, ditched his friends to hang out, was happy doing nothing but just be with me, constantly placed me in future, would try to initiate hand holding or relationship discussions but shied away, sent text and called back regularly. I also began noticing he would get jealous quickly or would not talk (only stare) other days. As we continued to talk he stopped initiating contact unless he was trying to apologize for missing a date. Eventually, he stopped responding to every text but his actions in person were more apparent and frequent. After trying to ask me out but shying away he stopped initiating contact. While he would always answer and would express the desire to meet up or date things were never the same. A few months went by and I found myself feeling really hurt because I lost both a good friendship and someone I cared about romantically.

A few weeks ago, we ran into each other again. Despite not initiating contact or even responding to it for the past few months, he seemed unusually excited to see me. While I tried ignoring him, he kept trying to get my attention. He had a wide smile on his face, his eyebrows were higher than normal, kept giving shy waves and big waves, and tried to maintain eye contact. A guy friend of mine joined and I noticed he became less talkative, would not look directly at me, stared at the ground, and his feet pointed inward. Once my friend left, he seemed to open up but he seemed stiff with his movements. When he would open up, face towards me, or make eye contact he would literally “snap” the other way. At one point, when he would laugh, he would make sure to stop it and would only look at me from the side or when I wasn’t looking. He also kept placing objects of his closer to me and kept sharing my drink with me. He told me to call him if *I* wanted to talk and stayed to finish the conversation with me before leaving with a friend.

Oddly enough, when we talked he acted as if nothing had happened. He began opening up about all of his worries and hinting about coming over to visit or talking again soon. He also kept bringing up past memories and conversations and refused to get off the phone for any sort of distraction. It seemed to go really well and I thought we were going to be friends again (if not more—the conversation became progressively romantic). I ended the conversation because I was busy and he told me to call him again as well as promised to call himself. However, when I called him twice afterward the phone continued to ring and he never picked up.

What did I do wrong? From what I mentioned, does it seem as if he has no interest in talking to me again? Why does he seem to show interest and then “disappear”? I’m currently receiving pressure from friends to contact him again (social reasons) and I’m curious about contacting him myself, but I’m reluctant to do so because I feel as if he doesn’t want me in his life.

I apologize for the length and thanks for reading.

No need to apologize for the length of it. I actually prefer it when I get questions that provide lots of details. It allows me to better help you.

In regards to your situation, you asked what you did wrong. One thing you mentioned was that the last time you ran into him you ignored him even though he was trying to get your attention. Now, that’s definitely the wrong thing to do.

Why would you ignore someone who in reality you want to talk to?

That’s a pretty childish of your part and unnecessary. If this isn’t the first time you play those kinds of games with him, then I think you might be sending the wrong signals and he might not be sure what you really want from him.

In addition, I do think that some of his behavior you described doesn’t add up or make sense. A rule of thumb I have for myself is that when something doesn’t seem right, it’s probably because there’s more to the story than what it seems.

With that said, I can tell you that a lot of the times when a guy in pursuit of a woman, there’s usually other women that are also in the “works” and it’s just a matter of time before one of them bites.

You didn’t think you were the only one, did you?

Specially if you’re playing hard to get and sending mixed signals and one of the other “potentials” is not, then you automatically become less of a priority and that might be a reason why he’s constantly leaving you hanging.

In general, men don’t usually put all their eggs in one basket. There’s no doubt he likes you, but I just don’t think you’re number one in his list right now. Of course if some of the other potentials fail, you would definitely go back to the top of the list which seems to be happening right now.

My best advice is to always be clear about the things you want and always act in a mature manner. I also recommend that you be straight forward with him and just ask him if he has considerations for a relationship in the near future. Always keep in mind that the answer you might get might not be the one you’re looking for and be prepare to face it. Respect the other person’s answer and again act in a mature manner. Good luck.