The male points of view would be pretty awesome at this point! 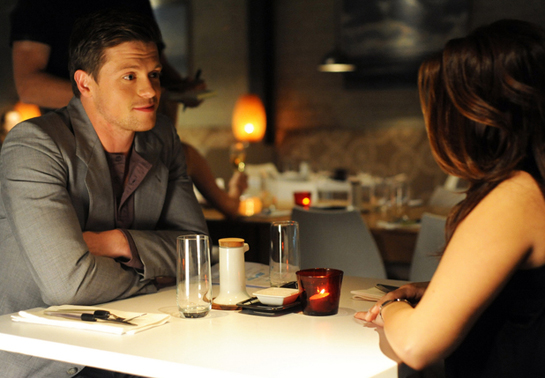 I’m a 27 year old woman married to a 27 year old man. We had been in a 3 year long monogamous relationship prior to our marriage, with no real plans to make it official, but we married almost 4 years ago out of necessity when he enlisted in the Navy. It was either get hitched or never see him again, and the pre-existing stability, security, and comfort were too good for either of us to refuse. I deeply respect and cherish my marriage and my husband (even my in-laws!). Truly there is no one else on earth that is as good to me as he has been. He is exceedingly practical, hard working, fiscally solid, a homebody, emotionally withdrawn, intellectually beyond brilliant, physically large and imposing, and utterly alpha. I believe he considers me to be his, to protect and to provide for. Our relationship borders on master and pet at times; though he would never insist on it being that way, I know he enjoys it.

The problem I’m having stems from potential infidelity, on both sides. My husband is currently on an 8 to 10 month deployment to the Mediterranean. I am not unfamiliar with the culture of the Navy (shipmates wouldn’t dare air out someone else’s dirty laundry), about my husband’s epicurean tendencies… for instance he enjoyed hard partying and going to strip clubs, mentioning it later to me, off-handedly, while he was temporarily assigned to a station near New Orleans. I honestly believe him when he says he doesn’t care about other people enough to develop a relationship with them, but that didn’t stop the myriad of one-nighters in the past. He has not cheated on me to my knowledge, but he willingly admits cheating on exes. The old adage, “Once a cheater always a cheater,” plus the sheer ability to cheat while on the other side of the globe in fabulous Italy? It’s got me in a heightened security state, we’ll say. But I’m not innocent either, at all, and this is the real meat of my story. As much as I love my husband, I am still in love with a man I knew (and slept with) in high school. He’s similar yet very different than my husband: vivacious and charismatic, social and intellectual, and very proud. We met and I immediately felt like he was something special… no one else in my life has electrified me the way he does, and he knows it.

For nearly 10 years I’ve suppressed an intense physical and mental attraction to him; that suppression led to some very saucy dreams, I must say. We chatted passively over the Internet, but lived in different states. However, since I’ve been home, we recently met over a few beers (which was probably a dumb idea). The depth of passion that he brought out in me just by being physically close was shocking, especially as compared to the comfortable rut of my relationship with my husband. I was extremely honest (and moderately drunk) with him about how I felt, and while he was honest in return about wanting to sleep with me, he admirably deflected my more obvious advances. He seemed to enjoy flirting, as always, but was talking a hell of a lot more than usual since I’m sure we were both nervous even with the liquid courage. It had been 10 years, after all. Even still, it took all I had not to jump him then and there, and he could tell. The worst part of my side of this story is that I’m only a phone call away from sleeping with this man. My husband has been clear about his feelings on extra-marital relationships: with other women it’s fine, but when another man enters the scene, his alpha male-ism flares up like a wildfire. It literally comes down to primal instincts, and he actually used the words “breeding rights”! So here’s the rub: I want to sleep with my high school lover. When I want something, all nuance flies out the window and I take that bull by the horns. He seems well aware of how bad an idea this is, but we think on the same wavelength and I know he wants me, too. I’m desperately in love with him, and to him, I’m the one that got away.

Is there a way to solve this for all parties? I know I’m looking for excuses to make it OK, and that’s not OK, but one more night of racy dreams in an empty bed will have me howling at the moon. Should I tell my husband any part of this? I’m a diehard “brutal honesty” kind of gal, but it seems risky to even bring up the prospect. Should I break off contact  entirely with my old lover? Suffering silently through 10 more years of insane attraction is a bummer, too. The male points of view would be pretty awesome at this point!

A faithful but frustrated wife

Quite honestly I really don’t believe any one person is made to really spend the rest of their life with only one person. I think is doable but yet not mandatory.

It’s very clear that all you want is a pure physical encounter with this guy and I’m guessing you wouldn’t want to marry this guy either.

I would have to say that just like any decision in life you should really analyze what kind of risk is involved if you decide to do this. What do you have to lose and is it worth it?

If you decide to do this you would have to absolutely be sure that it will be a one time thing, there’s no traceable trail that will come back to hunt you and you don’t bring back any baggage with you. I.e. Pregnant or an STD.

If you decide to do this you must not say anything to your husband AT ALL! it will only raise suspicion and could lead to you getting caught.

Keep in mind that my advice is only true when it’s truly a physical attraction only. I’m concerned about the fact that you keep referring to this guy as the person you’re “in love” with. If you really feel more than just physical attraction, I would advice you to back off and stop talking to this guy. You will only develop deeper feeling for him and would be stuck living with your current husband, a guy you don’t really love or “love as much”.

Just remember that there’s a huge difference between pure physical attraction and real feelings. Which one is it?

Hope this helps and please keep me posted on what you decide to do.