Stop being so needy 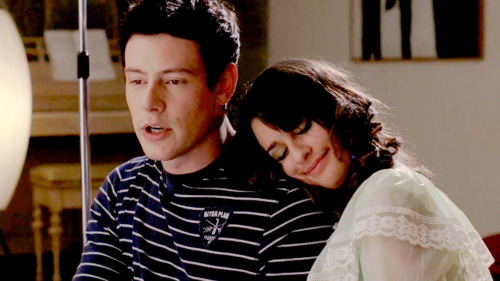 About a year ago, I was introduced to a friend of my brothers and cousin at my grandmother’s visitation. Clearly, at that time, I had other things occupying my mind & I didn’t think a lot about seeing him again after that. After a while I thought about him occasionally because he didn’t really speak at the visitation & I just wondered who he was and what his story was.

Around 9 months later, he added me on Facebook. We would talk about once a month on there & he kept flirting with me. I had mentioned to my brother once on how I was interested in him & my brother mentioned it to our cousin who is his best friend. My cousin told him and he said he felt the same way. Let me go ahead and mention how I am 21 and he is 29. I know it’s a huge difference, but I’m not really your average 21 year old girl. He started talking to me on Facebook one night & gave me his number. The second I sent him a text he started calling me every other night.

What struck me as odd right off the bat, is that he wasn’t very fond of text messaging with me. I knew there was the possibility that he just wasn’t a fan of texting, so it didn’t bother me. We continued to get to know each other and he told me how he works a full time job & a lot of the time, he brings his work home. He rehearses in a band about 2-3 nights a week and has gigs every other weekend that he sometimes travels for. He also takes care of an older lady he lives with that took him in after he lost both of his parents within a period of two years. A lot of nights he had to get off the phone because he had to go do something for her and he would say, call me back in 15 minutes. One night I called him back and he never answered and I got my feelings hurt. The next day he apologized and said he appreciated how patient and accommodating I was being to his odd telephone etiquette.

After a week of phone conversation, he mentioned how he could not see me that weekend because he already had plans. The next weekend on Thursday night, he asked me to go out with him Friday night & we got together for a movie date. He was very sweet & I thought it was a great date. After that, the following week, we talked on the phone everyday while he still displayed odd behavior sometimes when I would message him and he would not respond to some of the messages. The following weekend, we spent time together again. This time he asked me a few days ahead of time. We had a great time and hugged each other goodnight.

Then the phone calls started becoming scattered, some text messages went unanswered, but then he would surprise me and call one night. Then, when I wasn’t even expecting him to, he asked me to see him the next weekend. We saw a movie and then came back to my house to watch another movie. When we watched the movie, for the first time, he kissed me several times. It was all initiated by him. At the end of the night we hugged goodnight and he asked if he could call me that night. He called me and we talked. The week after, he started acting very strange and I barely heard from him. Then he would call and say “I just wanted to call and make an appearance”.

About a week later I asked if I could talk to him and if he would call me when he got off work. I told him that I didn’t appreciate being ignored like I had been & he gave me this big long story about how he was trying to go places with his band and how we didn’t know each other well and how he wasn’t at a place in his life to dive into a relationship. Once he heard how I wasn’t in the mood to dive into a
relationship, all of a sudden he didn’t want to break it off. I thought, at the end of the conversation, we were basically done so I didn’t speak to him the rest of the day or the next day. The next night he called me like nothing happened and I thought things were fine again. Then after that, he doesn’t call me for 3 days.

Out of nowhere, I get a text 3 days later that says he saw me driving. We start talking and then he stops because his sister has a birthday he had to be at. I knew things were weird because of him not speaking
to me for 3 days because he’s never done that. I asked to speak with him that night when he was free. He told me, sure, that he would call. He never called that night. I sent him a message the next day telling him how I’ve never been anything but patient and good to him and that I didn’t deserve it. He called about 30 minutes after I sent it and I was too hurt to answer. He left a voicemail saying he didn’t call on purpose because he wanted to avoid the conversation because he knew what it was about.

He said he had typed out this really long text message to send to me but that he decided against sending that. He started saying how he didn’t like how my feelings kept getting inadvertently hurt. Then he
went on some thing on how he wasn’t in “dating mode” and how he didn’t see a relationship as a priority in his life. I asked him why he called me a few days before that then and he said “because I wanted it then”. He then went on saying how he didn’t see a relationship as a priority and that he has never been too into having a relationship, that other things were more important to him. He kept saying over and over again about how he wasn’t “scared.” He said that ever since his last relationship he hasn’t really been on the prowl or let himself go.

I was just extremely confused. I can’t figure out what I did wrong. All I did was care about him and like him. If he didn’t want a relationship, he shouldn’t have kissed me like he did. Of course it’s going to hurt me to kiss him for the first time, and then all of a sudden he starts acting weird and not wanting a relationship. The thing is though, I’m not the only person he ignores. My cousin is his best friend & he never returns my cousin’s calls or text messages. I can’t figure this guy out. I know I deserve better, I’m just trying to figure out where it all went wrong, or if it was doomed from the beginning. My cousin told me he was really messed up from his last relationship that lasted 8 months. He said I was the first girl he went after, after his breakup about 4 months later. He just went from pursuing me on Facebook and on the phone & going on dates, to kissing me and freaking out.

First of all I think you’re way too much of a drama queen. You’re constantly playing games with this guy and keep acting too sensitive over stupid stuff like not getting a phone call everyday or not getting a response to your texts right away. Do you really think a guy who you barely started dating is supposed to call you every day with out missing a beat? Give me a break.

I honestly think you were asking for too much right off the get go. At the same time I believe this guy wasn’t ready for a serious relationship and he was honest about by telling you he was in a band who travels and he took care of an elder with the help of the Home Care Assistance in St Louis system which helps senior citizens and persons in need of care. What more do you want?

My advice is to stop being so needy and pick people who are ready for a serious relationship. By the way, a guy kissing you doesn’t mean he wants a relationship, it means he wants to get laid.