So the guy I was dating suddenly left me. What happen? 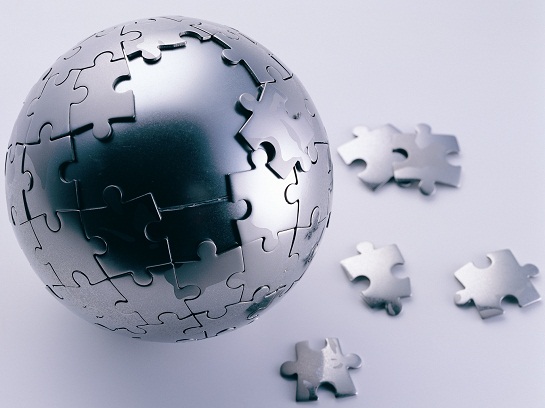 Ok here’s what happened. I dated this guy who’s 39 for about 5 months since last November and he’s an expat who’s been around for 3 years and wouldn’t leave for another 1.5 year. So we met, we got besotted (he more than I did), we got together and things were going fine except for a couple of glitches which I’ll talk more later. I met him online from a dating site and after we decided to be serious, we both suspended the account and things were good. We have loads in common, enjoys the same stuff in life, had really healthy relationship with good sex, good space apart, good communication (talk once a day). Things are so mature and healthy that all my friends think it might be it. Then a couple of weeks ago, we had a fight of sort. He was having a really hard time at work for weeks and I was playing the whole supporting gf thing, bringing him food for dinner when we meet up during week days (he didn’t like hanging out at mine so I went to his every single time) and all the nice stuff like getting him little small gifts to perk up his day. He had always been nice too so it wasn’t like a one way thing where I keep doing all the nice things. But the couple of weeks of doing things for him made me quite tired and I wasn’t too happy that I was always bringing food over and traveling to his place etc.

So one Saturday, I, again, brought food over and he was in a good mood that day cos the busy period was kinda over. And when I got to his place, I was feeling kinda neglected like he took things for granted so I was rather grumpy. And looking at me grumpy, he said to me that if I wasn’t up for dinner with him and his friends that night, I didn’t have to go. And I kinda went a bit upset and said “What? So what do you want me to do? Go home?” and he SNAPPED! Started saying how I should just leave and go home cos I was passing him the bad vibes cos he was in a good mood before and I came and got grumpy and upset him.

I was shocked! Cos I totally didn’t expect that from him and it was the first time I actually got asked to leave a place aka got kicked out. So I was in tears cos I was upset but I told him that I’ve been feeling that I wasn’t appreciated and I said it nicely despite the tears and even apologized for being grumpy etc. But no, he said I must grab my stuff and leave cos I’m not welcomed. So yes, I got shoved out of the house while I was crying. He said to talk when we’re both calm and send him an email or something. I did and even a text but he didn’t even reply me the next day. Not even to acknowledge that he got my mail or text. So when I called him, he said he’s not angry anymore but he’s thinking through things and will call me in the week later.

So I waited for 4 days and no sound from him and I texted him to say if he’s still mad. He replied he wasn’t and if I wanna go meet him over dinner. I felt odd and said if he’s gonna call it quits, he didn’t have to meet me to do it. And he said actually it was about him deciding to leave the country and move elsewhere. So I called him and we spoke and he said he’s decided to leave the country so we both agreed it’s silly to carry on and we split.

Now I’m puzzled cos just the night before, he said he wouldn’t leave for another year and a half despite not being very happy here. And then one fight later, he said he’s leaving??? And his angry outburst?

I mean I can understand if I ruined his mood when things were finally ok at work but it was a bit harsh to shove me out of the door no? And to actually not reply me that he got my email or text? And then suddenly, he’s leaving?

And despite the fact that I said I could still be his friends and we can email and text, I probably shouldn’t see him for a bit. But you know what? I just didn’t hear back from him since. Like WTF?

So I have no idea what the hell happened cos it’s all a bit shocking (the shoving me out of the door thing) and sudden (the oh I’m leaving the country thing). And things were all picture perfect before and I was meeting all his friends, being part of his everything. and yes, we had an awesome sex life. So what happened????

Here’s a bit of detail I promised: when we got together, I said we should both get off the internet dating and suspend our profile. But he didn’t for the longest of time yet he said he would. And it became a bit of an issue cos he said he would but he kept dragging it and we had a fight over it. But he did in the end and we were ok after. And I went online to see if he’s back on now but he isn’t, so it’s not like he’s back online looking for fresh meat. So I have no freaking idea what happened.

Sounds complicated right? Pleeeaase enlighten me!!!! I feel as if I’ve died an unknown death! Argh 🙁 and I really like him, like a LOT

Generally when things like these happen that are “inexplicable” is often due to not knowing the whole truth. What I mean by this is that things just don’t happen for no apparent reason. I’m almost 100% sure that there’s something more to the story than what he bother to tell you. I mea, you guy only dated for 5 months and that’s a really short time. it’s not enough for you to actually know everything about this guy.

It sounds to me that this guy had no intentions of having a long term relationship with you to begin with. Many things could have happened here but I can’t really tell you exactly what happened because I simply don’t know this guy or have enough information.

He could have had a wife in another country who he was trying to work things out with. You just happened to be the “fill-in” girl for the time.

Maybe he was planning on leaving soon but he didn’t tell you in order to keep you interested in him and not leave.

He might still have on online profile using a different email or name.

The last possible scenario is that he might have just been a WEIRDO!

Ok, what I’m trying to tell you is that many things could be possible in this situation and there’s really not much you can do or should do. There’s really no reason to become a stalker and chase this guy because the bottom line is that for whatever reason he doesn’t want to be with you. Le me say it again;

HE DOESN’T WANT TO BE WITH YOU!

I just want you to get that clear. It doesn’t matter how much you think you guys had an awesome sex life or if you were a sweet gf or not, at this point all that is irrelevant because he left and is not with you anymore. One thing is for sure when 2+2 doesn’t add up right is because there’s something missing.

Will you ever find out what that is? Probably not.

Should you try to find out why he left you? Definitely NOT. Just get over it.

Were you a caring and sweet girlfriend? Yea, I think you were.

Should you change anything about how you handle relationships in the future? NO, keep doing what you’re doing.

I hope that helps and good luck in the future.