Should I just talk to him and get it over with? 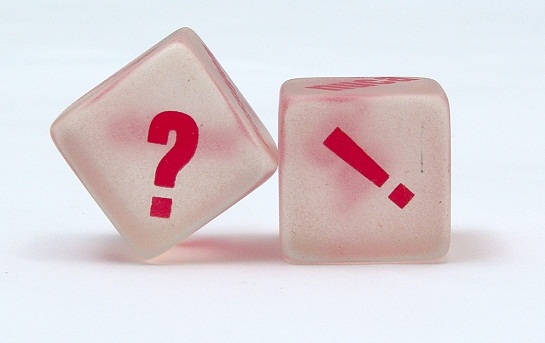 About 6 months ago, I went on a couple of dates with a mutual friend of some really good friends of mine. I do not usually date a lot of people, considering that I almost always am the one that gets hurt, but I figured why not and decided to see what would happen. We both have similar personalities, interests, sense of humor, etc… so it was always fun spending time together. He is a recovering addict and has been sober for about 5 years, but he made it perfectly clear that my drinking/partying habits were not a problem with him. He was very persistent about hanging out together and would always make plans to hang out again before the present date had ended so I just assumed things were going well.

After about 3 weeks of hanging out, he called out of the blue to say that we should stop seeing each other before anything else happened. (Side note: Although he spent the night multiple times, we never had sex. It’s not that I didn’t want to, I just get nervous when I actually like a guy.) I asked him what happened, because I thought we were just having fun, and his response was “I can’t seem to put a finger on it…”

6 months later, we still talk (almost daily) and have become very good friends. However, he continues to act somewhat flirtatious around me and I feel like there is something still there, but I can’t tell if that is just his personality. I feel like the more time I spend with him, more and more the situation doesn’t make sense, and I become more frustrated.

I really would like to talk to him about everything, but I am somewhat reluctant because I don’t want to ruin our new friendship. I am not good at serious conversations either. I try to avoid them in all situations when possible. I am just torn on what to do. What do you think about the situation? What is a good way to deal this? Should I just talk to him and get it over with? I am such a retard when it comes to dating and relationships I literally have no idea what to do. And I hate getting friends involved.

I would have to say that your situation is quite unusual and it’s not normal behavior of a guy. Two things can possibly be happening here; he’s either kind of a weirdo or he’s hiding something from you which would explain all the mysterious behavior. Then again, it could be a combination of both.

It really doesn’t make sense why he would want to stop seeing you after only 3 weeks of dating but then keep a friendship with you for the next 6 months. I continue to think something smells fishy here. Something is just not adding up.

Given that you guys talk almost daily, it’s hard to believe that you wouldn’t be able to recognize some of the most common red flags. I mean, just ask yourself, does everything he tells you make sense? Do you ever catch him on little lies but just over look them and not pay much attention to them? Are there any subjects he tends to avoid talking about at all times?

I suggest you start reading between the lines and stop being so naive and maybe start gathering some clues that will indicate his true intentions with you before getting too emotionally involved with this guy. You seem to be falling for him and that can sometimes become a barrier that can blur your vision and keep you from seeing things clearly.

Another thing I suggest you do is talk to some of your mutual friends that also know him and maybe they can possibly give you some insight on what he’s all about. They might know information about him that you might not know about.

If all that fails and you’re still clueless, your last option and probably the most effective one is to just face the music and simply ask him this simple question; What are your intentions with me and where do you see this relationship going? That’s really the way I would personally handle this situation. I believe that having a straight forward and mature approach to any situation is really the way to go.

Be aware that you might not get the answer you’re hoping for and you should prepare yourself to take action based on his response. This might mean that you should just keep him as only a friend and start dating other people instead of just waiting around for him to make a move. I think you’ll find out that if you continue to wait for something more than a friendship that day might never come and you’ll feel like you’ve wasted your time for so long. I hope that helps and take care.