Should a condom still be used to prevent a pregnancy even though she’s on the pill? 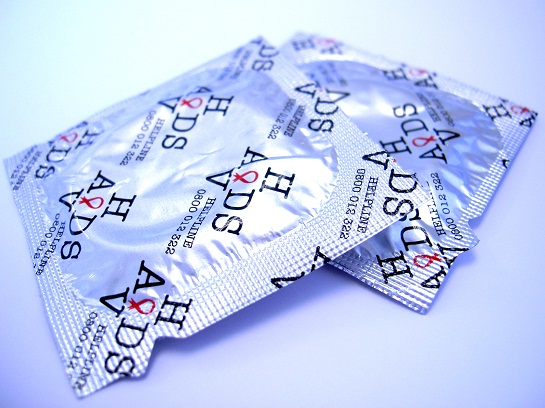 My boyfriend and I have been together for 2.5 years. We do not live together, but in separate apartments about a mile away form each other. We’ve had a lot of ups and downs, complicated by his parents’ messy divorce after 30+ years, my changing jobs and going back to school and some communication issues between the two of us. It seemed we had put a lot of that behind us and had used the tough times to grow together as better people and a better relationship. But lately, we’ve been having communication breakdowns left and right and I’m not sure what to do about it. The most recent:

I have been on the pill for 6 years and when my boyfriend and I first started seeing each other, I wanted him to wear condoms too because of STD protection. We didn’t know each other well and I wanted him to get tested. He doesn’t like wearing them and eventually we built up enough trust where I said it was ok for him to not wear one. So for 2 years we’ve been relying on just the pill. Two months ago, his best friend’s girlfriend got pregnant unexpectedly and ended up having an abortion. This freaked out my boyfriend, as I have said that if I were to get pregnant by accident I’m not sure what I would do. Now he will only have sex if he is wearing a condom. While I appreciate his responsibility, it seems like he doesn’t trust me (I do not want to get pregnant!) and it’s created some tension between us. I’ve gotten used to not using condoms and now that we’re using them again, I’ve noticed how bad they smell, the interruption in the moment and I don’t like that he made this decision on his own, rather than asking me what to do about it. There was no compromise. We’ve tried talking about it, but it always turns into a heated discussion. I’m starting to wonder if this represents a large issue between us. Are there any compromises when it comes to this? How can I show him that the pill is more effective and reliable than condoms?

First of all, let me correct you and say that the pill is not more effective than condoms. Please inform yourself correctly before having these false beliefs. In theory, the pill and condoms are just as effective at 99%.

The truth is that condoms for the most part stay at a 99% effectiveness when use correctly. Some of the most common ways of misuse include putting it on the wrong way, having an old condom that’s not moist enough and can break and accidental slipping of the condom while having intercourse. Now honestly those things hardly ever happen and for that reason they become extremely reliable.

On the other hand, the pill although categorized as 99% effective many people actually consider it to be more like 85-97% effective. The reason its less effective is because it is a lot easier to misuse the pill. Did you know that taking the Pill at different times of day, missing days or skipping pills all decrease the effectiveness? In addition, the use of some drugs can also reduce the effectiveness of birth control pills, even some over the counter drugs.

Can you honestly say you take your pill EVERY day and the SAME time? I find that very hard to believe.

I do believe in this case he is right to not trust the pill 100%. It’s just not as reliable as condoms. In fact, I would recommend using both the pill and condoms.

I also want to remind you that having a baby is a decision that should be made by both people in the relationship. You have clearly stated that you’re not sure what you would do if you were to get pregnant and that’s more than enough reason to freak someone out who doesn’t want a kid.

You talk about him making the decision to use a condom with out talking it over with you first but in reality he has heard all that he needs to hear to make this decision, you have already said you wouldn’t abort. So, unless you both are in agreement on what would happen in the case of an accidental pregnancy, he has no choice but to take matters to his own hands and quite honestly I don’t blame him. Having an unwanted child is no joke.

By the way if you only pretend to agree with him just to get him to stop using a condom, trust when I tell you that would be a big mistake that will stay with you for the rest of your life.