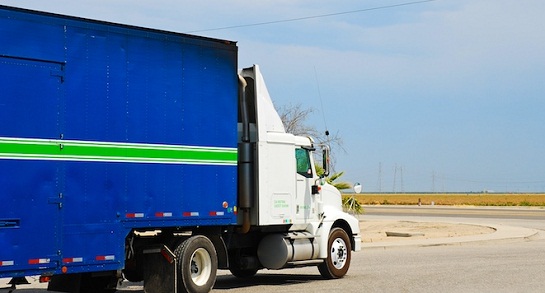 Ok I met my boyfriend whom is 30 years old. He is from a conservative white collar family like myself. I met him on the internet, on a game we both played. We have been talking for a year, when I initially started speaking to him, he had no job and was waiting to get into the armed Guard and living away from home in Oregon. Was living at his auntie’s and he was looking after her house while she worked. I was in Washington state at the time working (I am a promotions model). I went back to my country, Australia, and continued talking to him. We became serious as could be online and talked hours on the phone. He was feeling bad about his predicament and he and I talked and we both decided he should go back to his home in Michigan and take up a job offer of as Truck driver so he did, he moved in with his parents and saved money, our plan was to get an apartment in time for me to come to stay with him. So he did, he got the apartment, furnished it and has been working very long hours, his days range from 4 or 5 am – 7 pm and not walking in the door sometimes to 8 pm he is exhausted, he does this 6 times a week most weeks. He also has school online on top of that which takes about 5 hours a week online.
I finally got to Michigan the day he got settled in the apartment, but now he seems distant and always tired, he tells me he loves me, he considers us a couple but he just seems to act like he doesn’t care, he rarely asks how I am, how was my day, yet I always care for him. I don’t know if it is because of the astronomical hours he does, because I have seen him come home and literally fall asleep with food in his mouth in front of my eyes on the couch. I have asked him why we don’t communicate like we used to, he says it is because I am with him now, and he works a lot and between work and school he is tired and just wants to sleep. He has set up this life for us, an apartment, he buys food (and will go out of the way to buy items I like, special treats, like chocolate, jerky etc). Every morning he goes to work he kisses me on the forehead before he leaves. But now I am lucky if I get 5 minutes of conversation out of him.

Am I being silly and expecting too much? His work will slow down once the snow starts and he keeps telling me the hours of overtime he has will help us get through the winter. I am very grateful for everything he has done I love him dearly and I look at him as he is my soul mate. I just need someone to tell me this is normal.

This guys has gone above and beyond for you and now you’re going to sit there and complain that he doesn’t have time for you? Of course you’re being silly and even though you say you appreciate everything he does for you, it doesn’t seem like it.

I mean, this guy worked his butt off to get an apartment and furnish it just for you to come live with him. He also, works long hours and on top of that he still goes to school. Of course he’s not going to have much time for you or anything else.

What you’re complaining about it’s absolutely pathetic. I could understand if he was doing all of that and on his free time would go with his friends of something along those lines. But all he really wants to do is SLEEP. C’mon! give this guy a break and be truly thankful for what he does for you.

The last thing a guy wants to hear after a long day of work and school is his girl nagging him about not spending enough time with her.

What you should be doing since you have so much time on your hands is to follow his example. Start going to school and get an education so that you can have a better job and maybe he won’t have to work so many hours just to provide and support you. Let me tell you that being a promotional model is not a career but rather a temporary job. Ask yourself this; what’s going to happen when you start to get older and they replace you with a much younger and better looking women? You’re just going to be out of a job and with no real experience to get a real job.

I really hope you don’t waste time and start getting an education. If you already have one, then I suggest you start working in that field so that you can start moving up the latter and can have a better way of living.

If you follow my advice, not only will you have a better life with your boyfriend but you will allow him to work less and in return have more free time and money to spend together. But what ever you do please don’t nag him about not spending time with you, instead find a way to help him. Good luck.