My boyfriend said “I just don’t do relationships” 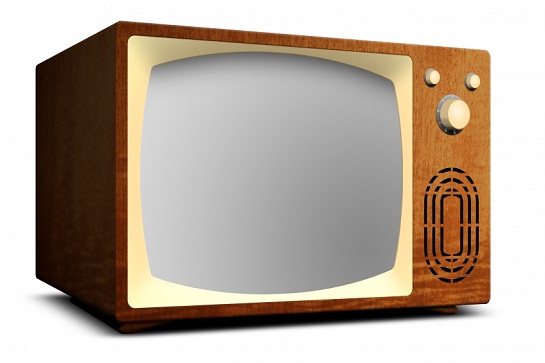 My boyfriend of 5 months dumped me and I don’t know why. He is in ROTC and moving to Pensacola this summer and I told him I would move with him. We moved kind of fast and we discussed marrying each other and having kids. 3 days before we broke up we went to my cousins wedding and I introduced him to everyone and we were lovey dovey and we laughed when I caught the bouquet. He just said that he doesn’t know if he can do it anymore because he “just doesn’t do relationships”. He has been the best boyfriend and always wanting to work at it when I don’t. He says he still loves me and cares for me. He has mentioned that his parents divorce messed him up and what a bad guy his dad is. I don’t want to let him go. He is my first love and I know we can make it work. What can I do?

Hi, and sorry to hear about your situation but I think it’s time for some tough love here. You claim to not know the reason why he dumped you but yet you answered that very same question in one of your own sentences.

That’s your answer. Can it be any more clearer? I don’t think so. What we seem to have here is a really nice guy who doesn’t what to mess you up too bad but at the same time knows what he really wants. And that’s to go on his own way ALONE. Not with YOU. So just get that point and don’t make it any harder on yourself (I’m not that nice, so I can say it).

You have to understand that most guys don’t really know how to express their feelings or sometimes they don’t want to hurt you and so they tell you how they feel but then act super nice with you in an effort to make it easier on you. This is exactly why he’ll say things like “I still care about you” which is probably true, he’s not going to suddenly hate you just because you’re broken up. But that doesn’t mean he still wants to be with you.

Also, understand that guys don’t just wake up one day and say ” I think I want to break up with my girlfriend today”. He’s probably had those thoughts for a while but was just looking for the right time to tell you. He probably didn’t want to do it before that wedding and was just waiting for that event to pass.

I can tell you from personal experience that I once had a girlfriend who was anything a guy could ask for but just not for me. I spent about the last two months of the relationship just waiting for the right time to break up with her. We had planned out something for her upcoming birthday and didn’t want to ruin her birthday by breaking up with her before it. So I stayed, and shortly after her birthday I called it quits. Sure I was nice to her the whole time prior to breaking up, that’s because I had no reason to be a jerk. I wasn’t breaking up with her because she was a bad girlfriend but because I felt that relationship wasn’t for me.

See what I’m trying to tell you is that the thoughts of breaking up with her didn’t come one morning out of the blue, I was feeling this way for the past two months. I think you’re in the same situation and that’s why it’s so hard to understand given that fact you feel there was nothing wrong in your relationship.

My advice to you is to let it go, specially because it is your first love. That means you don’t even know what else is out there. For all you know there might be someone else that’s 100 times better than what you had. You’ll be ok, trust me.

I once heard of an analogy that could really help you deal with this break up and I think you should see every relationship this way.

Have you ever had a favorite TV show that you watched every week, every season, and maybe even the re-runs? Well, sometimes that show just gets cancelled for no reason (actually there’s a real reason why shows get cancelled) and you feel like something just got unfairly taken away from you but there’s nothing you can do about it. Sure, you really miss the show and whish they would put it back on TV but it never happens. After a while you eventually find another great show on TV and you start to watch it and love just as much or more as you did that other show. You never forget that first show but eventually you get over it and just occasionally look back and say to yourself; “wow that was such a great show”. Occasionally you find a much better show and just think back and say; “what was I thinking, This show is way better”. The same applies to a relationship and that’s the way you should think of it.

I hope this helps and good luck. I’m sure you’ll be able to find a better “TV show” out there. Trust me, you will.