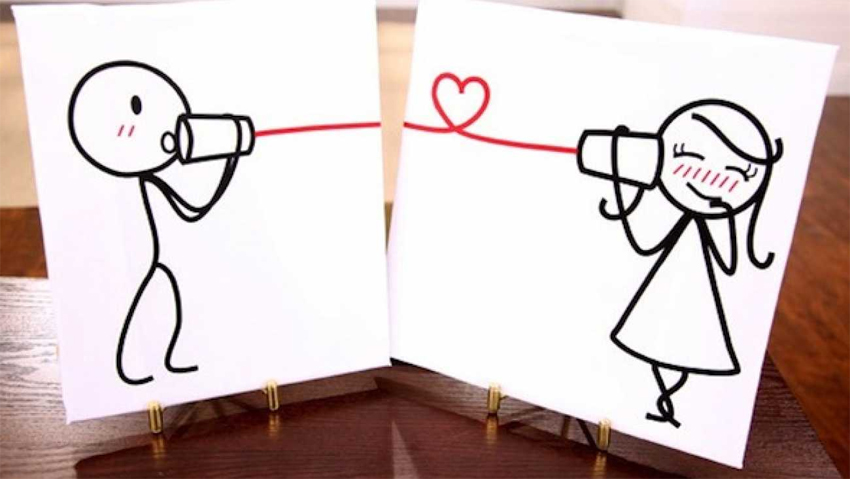 Lost, Confused but Willing to Love

Hi! I came across your site as I was looking for a bit of clarity in my own “relationship” with a guy friend of mine. He’s 29(almost 30 in two months,) I’m 28. We met on a dating site over a year ago and we became fast friends, Talking almost every day and staying up until the wee hours of morning just talking and texting each other. He’s a really amazing person and, over time, I ended up falling for him. However, about three months after we met, (around March of 2014), he started dating a woman who was 20 years older than he; she didn’t like that he and I were so close and I didn’t see or hear from him much during that time, and she didn’t want me to see him. The relationship fell through some months later and we were closer than ever. This time, I wasn’t going to lose him again: on July 9( my late father’s 55th birthday) I told him how I felt and that I wanted to be with him(it was the most nerve wracking and most worthwhile thing I have ever done!). While he was flattered that I did this, he said that he wasn’t looking for a relationship(due to his ex gf hurting him) and at that time, was concentrating on finding a new job and moving out on his own. I understood his choice and for the most part, I keep my feelings for him to myself.

He eventually got a better(albeit a tad stressful) job in Florida and moved there in October. We’ve managed to keep in touch as much as we can, but lately it feels like I am bugging him a little with wanting to talk to him and with checking up on him. Sometimes he responds to my texts, and sometimes he doesn’t, but I can’t help but feel like he’s holding back a little-he talks to his other friends a lot more than he does with me, and I think that it has a lot to do with how he thinks of me as a person. Bottom line- I care for him. A lot. I may even be so bold as to say that, in fact, I may even be in love with him. I think of him a lot at times (even when I’m very, very busy) and I dream of the day when I could tell him “I love you” and he can open up his heart to me.

So far, we’re still friends, but I feel that there’s so much confusion now. I never know how he thinks or feels(or what he thinks of me); I don’t know if he just can’t tell me or doesn’t want to tell me and I genuinely want to know. I understand that he has a life of his own and he has responsibilities now, but I don’t want to harm him or cause him pain. I only want to be apart of his life and give him love. I feel as though I’m in a way paying for the way his ex gf treated him, and I can’t seem to get closer to him. And I want to. So badly. I want to be with him and gladly be a gf he deserves but I just can’t get through to him. Sometimes I feel so stupid that I want to be with him so bad, that I take an interest in his life that I admit, I do overdo it with texting him and contacting him. He may think that it’s just easier to blow me off whenever and talk to his friends, but to me, it makes me feel as though I don’t matter to him anymore when he means everything to me.

Did I make a mistake to always be there for him, to try and love him and never abandon him? Am I wrong for wanting to be apart of his life and to be more closer to him, even though he is clearly treating me differently than he treats his friends. I wish I knew what was going on in his head, I wish I was let into his world and I had a chance to give him love. If I had just one chance to show him love, I would tell him that I love him every day and night, to be there to believe in him and support his dreams and to stand by him. There’s nothing that I wouldn’t do for him. Please tell me what do you think of this? I love him so much but I’m so confused. I feel like I’m not his friend, but I’m not his girlfriend, either(even though it would be a dream come true for me) so I’m stuck in the vast nothingness of the friend zone/relationship limbo. What’s your take on this? (Sorry for the long diatribe, by the way)

To put it in simple terms, most guys do not want to be in a long distance relationship and it’s probably the reason why he has put you on ice. To a guy, the point of being in a relationship with a woman is to get laid. Yes, spending time with a woman and having a companion is also part of the reason, but mostly is to get laid on a regular basis. This may sound shallow but it’s the honest truth. And by the way, getting laid occasionally when you guys fly to see each other twice a year is not enough. Heck, once a month wouldn’t even be enough for a guy. We need it as much as we can get it. Ideally every day, just to put it in perspective.

He likes you enough to not be a complete jerk and stop talking to you.

The bottom line is there’s nothing you could do to change him unless you actually lived closer to him. Just to clarify, I am not suggesting you move to his area but rather keep him as a friend and basically just move on with your life. If at any point your lives cross paths then at that moment I would pursuit something more than friendship. Good luck.