I’ve been in a long distance relationship for 5 years and we’ve both been faithful… NOT! 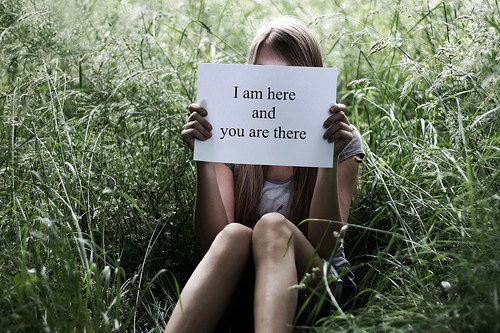 I have been dating a guy for the past 6 years. We started dating in high school, and then went away to separate colleges. Even though it hasn’t been very serious for the past 5 years, we’ve stayed really close and haven’t dated other people. He is my best friend. We thought that after graduating college we could figure things out, but I was offered a great job in Atlanta, and he was offered a great job in Minnesota.

So, here we are, still in a long distance relationship 5 years later. For some reason, since graduation, this has been even more difficult. We’re both very practical people, and we realize that at 23, we’re just too young to start making sacrifices for each other. Neither of us is situated in a place we want to be long-term, and we’re both probably going to get promoted and/or have to move within this year, 2012. With the past year getting tougher and tougher on us because of the distance, we’re growing apart. Its not anyone’s fault, it’s just difficult to really be a part of each other’s lives when we see each other only once every 1-2 months.

The problem right now for me isn’t exactly the distance. For me it has been hard to get over his lack of commitment to a plan. I am 100% ok with where we are now as young adults, as long as we have a long term plan that doesn’t involve distance. We need to have an end-point. I proposed that sometime during the year 2013 (we will both be 24 at that point) that I move to wherever he is (after I find a job). I don’t want to move in with him or anything, I just want to be able to have a normal relationship with him. For me, its frustrating to be dating someone for 6 years, and not be further along in our relationship. For him, the problem IS the distance and on top of the distance, he is really not in the mindset to be in a committed serious relationship right now.

He told me that he loves me, and he’s only in this relationship right now because he sees us being together in the future, but mentally right now he feels he shouldn’t be in a serious relationship because he can’t give it the time commitment and consideration it deserves. But, he knows that if we break up, we probably won’t get back together, and he doesn’t want to lose me. He just feels like he’s not mature enough to be settling down, and there are a lot of things he wants to do as a young adult that he knows he won’t be able to do if he has to make sacrifices right now. I actually get it. I’m not upset with him for how he feels. I respect the fact that he is being honest with me.

The problem is, neither of us wants to break up. I’m not sure if I should:

A: wait it out, hope its not years before he feels ready for the commitment; or

B: break up with him and try to move on.

He is a really good person, and he honestly is a great boyfriend right now. He works extremely long weeks but he still calls and texts me every day when he has free time. I’m scared to let things go on like this knowing how he feels right now, but I’m also scared to let him go. I don’t want to settle down right now either, I just want more security in our relationship, and I know he can’t give that to me right now.

You really can’t blame him either. He’s a god damn college student who is in his prime and wants to get laid as much as possible.

So now get over this part and let’s continue.

I think you’re a fool for wanting to chase this guy and be willing to give up all you’re hard work in school all these years for him. Not to mention the fact that you’re giving up your future by suggesting to move to whatever city he happens to be in, even if this city has no career future to offer you.

Have you thought about how bad you’re going to feel when this doesn’t work out and you’ve wasted even more of your life with this guy? How you can potentially miss out on great job offers and later it would be too late to take them just because you decided to chase a guy? Or how you’re whole life and future could be ruin just because of this?

Look, it’s quite obvious to me what you should do; option B. No doubt!

1. You haven’t dated enough people to know what kind of guy you really want.

2. You’re still young and on time to change that.

3. You will find the right person for you once you have found the right city where you’ll want to work for the rest of your life.

At that point you will not have to move to an undesirable place. You will have the right dating experience to make the right choice in men. You will find a guy who does want to settle down and has an established career in your current city. And finally, you will realize how stupid it was to think you could give up all you’re dreams for a guy who clearly told you in a “nice” way that he doesn’t want the same things you want.