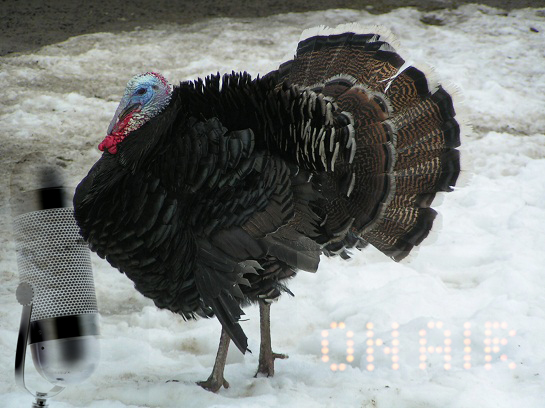 Today I happened to have the misfortune of listening to something that really disturbed me and got me thinking. As I was flipping through my radio stations I came across the Dr. Turkey-neck show and listen to a young woman who was calling to get advice from her. She stated she had been with her current boyfriend of 5 years since the age of 18 and her sexual appetite had extinguished. She wasn’t horny anymore. She wanted to know why she was feeling this way even though she still loves her boyfriend and was looking for advice on what to do about it.

To my surprise, Dr. Turkey-neck gave her the worst advice possible and set her up for a bad break up and possibly ruined any future relationship she might have. To answer the first question she told the caller the reason she wasn’t horny anymore is because she didn’t have a ring on her finger and the only thing she could do was to stop having sex with her boyfriend from now on. She was also told when he asked why she didn’t want to have sex anymore she was to respond by telling him she was now a mature women who realized she didn’t want to have sex anymore without being married. Essentially a “born again” Virgin.

I personally feel the responsibility to tell everyone who heard this or has ever been advised something similar that this is a load of crap and strongly advice against it. As The Last Honest Guy is my duty to tell you how guys really feel about subjects like this one with an effort of improving and saving your relationships.

Please don’t ever think of doing this to any guy you have a relationship with if you really care about them. You will basically be putting an end to it and that’s the bottom line. I guarantee there is no guy out there that will put up with this and if you’ve already done this to your boyfriend chances are his getting it somewhere else. That’s just the truth so don’t be naive. If you decide to stop putting out, you must ask yourself if you’re willing to share your man with another girl because that’s exactly what will happen.

You have to understand that if you’re already having sex with your boyfriend and he’s happy that might be a reason why he stays with you. You fulfill him in every way possible. If you suddenly decide to take it away you will have entirely change the rules of the relationship and therefore he will do two things;

either dump you or get it somewhere else behind your back.

Instead what you should do is think about this decision before getting into a relationship. If a guy then decides he still wants a relationship with you, he will know exactly what he’s getting himself into. There will be no secrets or surprises later on because the rules were set and clear from the beginning.

If you make this decision while in a relationship you might as well break it off or give it a shot and find out the hard way.

My opinion is that this caller was obviously sexually inexperienced. She had been with he boyfriend since she was 18 and was the only guy she had been with for the last 5 years. This is exactly why I recommend both men and women don’t get into a serious relationship until at least 25 years old. Meanwhile dating a range of different people and at the same time acquiring experience and learning about personal preferences when it come to a life-long partner and a lover.

I don’t necessarily advocate waiting until after marriage to be sexually active with your partner simply because you might find out you’re not sexually compatible to this person and later have to get a nasty divorce. Why not completely get to know your potential husband before committing and be 100% sure that’s the right person for you. If you decide against this you might find yourself in the same situation as the caller only that it will be too late to just end the relationship and will have to deal with all the hassles that divorce brings.

The bottom line is having a big rock on your finger WILL NOT make you horny. You will only end up wasting valuable time of your life and a lot of money in attorney fees after you find out this guy wasn’t the one for you. If you got a sex offense case going on make sure to contact the best Tampa Bay attorney for sex offenses. Instead identify the real problem and find a solution to it. It might be experimenting new things in the bedroom or perhaps realizing you’re with the wrong person. One thing is for sure, marriage is not the answer.

Am I wrong? Do you agree or disagree?