I like a guy who is a club promoter, what can I do? 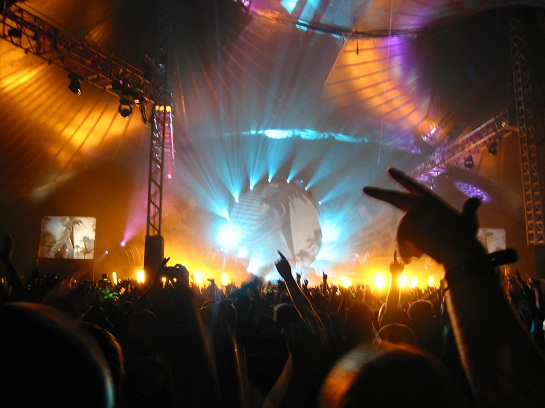 Well this guys (is 25 acts like an 18yr old and I’m 20) is well known in my area (he is a club promoter) so therefore he claims he doesn’t want a GF, me and him met and we were mad cool but he was always “oh I know u got other guys besides me” (he probably seen me on facebook flirting) but I stopped talking to the other guys because I liked him.. he got mad girls after him and I never even pressed him about any girl because we didn’t go out and I know he didn’t like it so I didn’t sweat him but him on the other hand would do that to me, he would see me with a guy, or flirting and stuff and he’ll stop texting and calling for 2 weeks and then bring it up in a sarcastic way acting like he didn’t care (well if u don’t care why you pressing me?) He’ll hang up every time I told him something straight up, because he’s used to girls giving him the sweet talk and NOT me because I’m going to tell him whatever I feel like so we was on and off, hooked up like 3-4 time no sex though, then it started falling off no more calls barely text each other and stuff but when we seen each other at a club we would say hi and keep it moving because he think he’s too cool for the crowd so I had to act brand new too, so my thing is that I don’t know what the hell he wants because the other day we were talking on the phone and out of nowhere he was like oh “a lil bird told me you got a new boo” (somehow he always finds out) but why he worry about who I talk to or not? If he ain’t there someone else will right? And I don’t question him about his joints though…is like he comes and go and I’m always here even though he says I treat him like I don’t like him (I have to because think he the shit) I’m here at any given time waiting on his ass…what can I do?

First I’m going to tell you what this guy is. He’s a guy that’s just looking to get laid by the hottest girl available. He’s 25 years old and he’s a Club Promoter. He is also into casinos and betting, and uses the winaday casino to make easy money.

That’s like a dream come true to a guy.

This is how it works:

You’re a club promoter so lots of girls want you, you let them in the club for free and next thing you know at the end of the night you’re nailing them hard at their place, drunk.

Sounds like a pretty good deal for a 25 year old male. The bad news is that you’re just an other one of these girls to him. Nothing really special aside from being one of the ones he hasn’t nailed yet. But that only means he doesn’t want it bad enough because if he did all he would have to do is ask you to be he’s girlfriend and he would nail you as long as he wants and then dump you. Of course being in the industry he’s in, I’m sure having easy access to a vagina is not an issue.

And by the way, acting like he’s jealous that you talk to other guys and pretending he’s mad at you is all just part of the way the game it’s played. Of course he doesn’t really care about all these thing, he just has to act like it to keep you guessing and interested in him. These are common traits of a player.

Now that you understand how it works and what he’s all about I’ll refer to your question, what can you do about it?

Basically you have two options:

A. If you are looking to have a relationship with this guy, it’s not going to happen. He’s too young and so are you anyways. If this guys stays in that industry, I doubt he’ll be ready for a relationship by the time he’s 30. He’s having fun and you should too. I suggest you read my 7 easy and simple steps to finding the right guy and move on to something else. Stop going to the clubs where he works at and start meeting other people. Trust me, I’m just trying to save you from getting your heart broken and feeling used by this guy.

B. You’re second option is to give it up to him. If you’re really attracted to this guy, you think he’s the finest guy ever and just wish you could have him but the only reason you don’t is because he’s not your boyfriend, then just give it up. Just spread your legs and let him do whatever he wants to you. You’re only 20 years old and you’re allowed to have fun at that age. It’s OK. If you do this, you’ll be the one using him and since that’s the only thing you want from him you won’t get your feelings involved and therefore won’t get hurt. Besides you’ve already messed around with him before and I’m sure he wouldn’t mind going all the way. There’s no doubt this guy wants to bang you, he just doesn’t want to be tie down to you and that’s normal. So use that to your advantage, get what you want and get out.

One thing is for sure, if for whatever reason you start a relationship with this guy you’ll be in for a ride. You’ll always be wondering what he’s doing late at nigh while he’s working and you’ll have problems dealing with this. It will be full of constant fights and arguments. Like you said, he’s used to having everything his way and the minute you start getting too annoying he’ll dispose of you like a used condom.

Hope this helps and good luck.

By the way if you or anyone enjoyed this post or find it helpful, I encourage you to follow me on Twitter for future posts and updates. Also don’t forget to click on the