I hope you didn’t think you were the only one 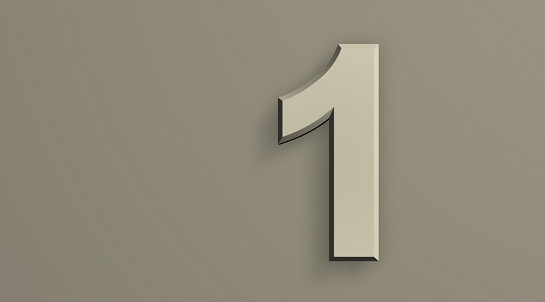 So here’s a brief overview: I was hanging out with this guy for a few months about once a week every week. I say hanging out and not even calling it dating because even though friends asked and everyone else assumed we were dating, it never FELT like dating to me. Long story short, guy can’t figure out what he wants, confuses the hell out of me, and while I knew it wasn’t going anywhere, pulled the whole “I’m going to act vague” bit and refused to just come out and say it wasn’t working out for him. That in turn made me make the choice of choosing friendship.

I don’t hate the guy. Things just don’t work out sometimes, and that’s fine. It wasn’t serious and I didn’t feel deeply invested in him, so I felt fine just being friends. Of course, when I tried to tell him I was choosing friendship regardless of whatever was going on in his head because that was what I needed to do for myself, he didn’t really listen and treated it like I needed things to be re-explained from his point of view (NO I did not), but afterward acted like everything was OK so I just left it alone and went on my merry way and we continued to be friends.

Then all of a sudden right after New Year’s he stopped talking to me entirely. No texts, no e-mails, no calls, nothing. Now, I’m the kind of person where if I get a glimmer that someone doesn’t want anything to do with me, or acts uninterested in anything I have to say, I will back off immediately. I don’t believe in chasing or forcing my company on people. When I suggested maybe hanging out, he didn’t really respond, and that’s when I immediately just let it go. I didn’t tell him it bothered me, I just was like OK never mind and that was that.

In the two-three weeks that followed after he’d ignored my suggestion, he didn’t talk to me at all. And I was like what the hell? It pissed me off for several reasons. Mainly, I was still mad that he could never come out and say things weren’t working with him, so for him to drop all contact without a word just amplified my annoyance. A mutual friend who has known him for years, after listening to me freak out about OMG he hates me blah blah blah, advised that he probably finally decided for himself long after I already had done so that it wasn’t going to work, that he was taking a step back and letting all possibility of a relationship die (um, it was already dead!), and that I should just leave him alone (I’d been tempted to confront him and ask what the deal was). So I did just that. I left him alone.

This past week nearly every day he started talking to me again. Very casual, nothing deep. Mostly a “hey, how are you doing” less-than-2-minute encounter, all via text. Why does he even bother? Do you think my friend’s assessment of his behavior was accurate? And if so, why bother bugging me with small talk after nearly an entire month of not having any communication with me at all?

OK, this is what’s going on; a single guy generally has a number of potential preys he’s after and when one doesn’t want anything to do with him, he’ll just move on to the next one. You see what happens is that guys will talk to multiple women at the same time, which ever one is the one who seems more interested will get the most attention at the time, this is also based on looks.

Basically, there’s a hierarchy between all the girls a guy chooses to talk to and out of all those girls the better looking one gets the priority. If at any point of the game, one of the other ones in the list seems to have a higher chance at giving him what he wants (sex, most of the time) she will now get most of the attention. Keep in mind that if the best looking girl suddenly decides she’s interested again and seems to be able to deliver, that will immediately take the attention away from the other ones. You see, the object here is to nail the best possible looking chick.

In your case it’s possible that when he realized there was no chance with you anymore that he shifted his attention to the next girl on the list for a couple of months and gave that a shoot. He either succeeded or not, but that’s irrelevant.

The bottom line is that he might of gotten what he wanted from one of the other girls or he simply got turned down but now he’s back to square one and looking for his next prey.

Since things with you were left off as “friends” then that means there’s still a possibility of scoring with you. Now, you didn’t mentioned whether you guys we’re sleeping together during the time you guys were a “thing” but either way he wants to finally get laid or just go back to nailing you again while he finds another better looking or simply different chick.

I hope you didn’t think you were the only chick he was talking to?