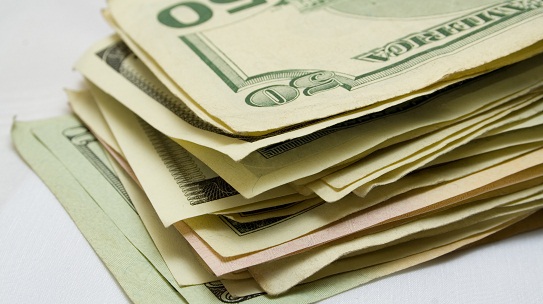 I recently met a guy at school. He is a wonderful person and seems like he would be everything I am looking for. However, I am a 25 year old single mother of a 1 year old and he is only 19. (He has met my daughter and they get along well.) He works at a law firm and has his own house, car and even a maid! He brags about how much money he has and I have told him repeatedly to not discuss it. I like him for who he is and not for his money. I don’t want anything from him but his time. He claims he only talks about how much he has because he has worked so hard to get it. I feel like he is trying to impress me by the things he has and I know that he is not ready to settle down. He constantly works (like, 24/7) so, it is hard to find time to spend with him. I understand the time constraints since I am bust with my daughter most of the time. My question is: is it even possible to have a serious relationship with someone that is so much younger and so career-oriented or should I just move on?

Of course is possible to have a relationship with someone who is younger and career-oriented. However, I would not recommend it because you would be putting the odds of having a successful relationship against you.

As I’ve always said, good relationships are hard to come across and if you want to have a good chance at making them survive for a long time you must do what ever it’s in your power to have the odds in your favor.

Some of the most obvious red flags in your situation are the fact that this guy is only 19. Definitely not a good sign. The guy is still a teenager for crying out loud. What I mean is that a young man who’s only 19 is going to completely change by the time he reaches a more mature age such as 25 per say. Just think about the way you use to think and act at that same age. As side from that he hasn’t even reached 21 years of age which is a pretty life changing age that generally opens a whole new world to most guys. The way he is now can possibly take a 180 degree turn in a couple of years.

Another thing to take in consideration is that you’re a mom. I really don’t think a 19 year is ready by any means to take the responsibility of a child and all the duties that involve. I’m not saying he would automatically take the role of a dad to your kid by any means but in all honesty anyone who is willing to be with you must also be willing to be a responsible adult and a role model to your kid. That is something that you as a mother should always make a priority when it comes to dating different people. Before anything else you must first think about the impact any new guy you date will have on your child. Unfortunately being a single mother does put you on a different set of ground rules than a traditional single person who’s dating. You’re number one priority is your child and not you anymore.

To answer your question; just move on. Definitely not a good match here. I just don’t see a bright future ahead. Good luck.