HELP! My boyfriend steals from me 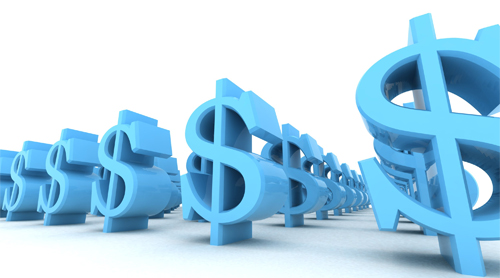 Hi I am having a problem with my fiancé. We are both in our late 20’s and he doesn’t have a job yet, so as a result, he has stolen from me. The first time he stole money I had laid out on my dresser (we don’t live together yet) that I was going to use for gas to get to work that day. The most recent time, he stole my debit card and used it, then put it back without telling me, thinking I wouldn’t notice. He has also stolen items besides money from me too, like computer equipment, a digital camera and other items. I honestly don’t know what to do. I love him to death and I help him out as much as possible, but he keeps taking. I am not even sure if it is a crime since we’re engaged. And I have asked questions of what would happen if I got the police involved, they did a afp police check on him but it was clean so there was nothing much to go with. I just don’t know what else I can do? He doesn’t even apologize, he just takes things, and I don’t even know it’s missing until afterwards. Sometimes the money he takes, I really need for things. I am just really confused…I help him out with money and anything I can (most recently a LOT of money to get his car engine fixed). But it doesn’t help, he keeps taking. Any advice? I don’t know if counseling or therapy would help or what.. I just know something has to be done.

Wow! Don’t even know where to start on this one. The first question is how stupid are you? Do you really have that low of self-esteem?  Let’s recap on this real quick, the guy you are planning to marry is in he’s late 20’s, doesn’t have a job, you basically support him, and on top of things he steals from you on a regular basis.

First of all, someone in their late 20’s has already developed their personality and chances are that they are going to be losers for the rest of their lives and are never going to change. So don’t think later on it will be any different, in fact sometimes it keeps getting worse. Second, I can’t believe you call this guy your fiancé; do you really want to marry a low-life like him? How can someone be this old and not have a job? And third, putting up with someone who steals from you should be out of the question and should never under any circumstances be tolerated. Those are the most obvious signs that you are with the wrong person.

Let me tell you that when you have plans to marry someone you have to think of this the same way you would think about having a business partner. Essentially that’s what you are doing, forming a partnership between two people. Think about this, if you were starting a business with someone you would want a partner who is responsible, honest, reliable, pays the bills on time, and most importantly has something to contribute to the business. Getting married is no different, but what you have now is the complete opposite of this and it should be pretty clear that you are about to make the biggest mistake of your life.

My advice to you is that unless you are planning to be a low-life yourself, you should run as fast as you can!!! Get the hell out of there, you’re still on time. You are not married to him and you guys don’t live together yet. It doesn’t matter how much you “love” him eventually you will realize you’re with the wrong person and it might be too late. At least right now you don’t really have any real ties with him and it should be fairly standard to call it quits. Remember that you should always think about yourself first before thinking about anyone else because ultimately you will be unhappy deep down inside and you would be sacrificing your own happiness for someone who is not worth it. It’s pretty clear that you are feeling like this already other wise you wouldn’t have asked for advice. You seem to be too nice of a person (as many girls tend to be) but you have to put your feelings aside and know that this is just not the smartest choice. When ever you’re in doubt of something like this, pretend you have a friend who is going through the same situation and think about what you would advice her to do on this situation. Imagine she comes up to you and tells you she’s about to marry a guy who doesn’t have a job and steal from her all the time. What would you tell her? I think it’s pretty obvious and the only reason you are having a hard time leaving him is because you think you’re “in love”. So don’t be pathetic and please don’t marry this guy because you will end up a loser yourself who later will have loser-babies that can potentially turn into criminals and steal from me.