Going out with two guys who happen to be friends 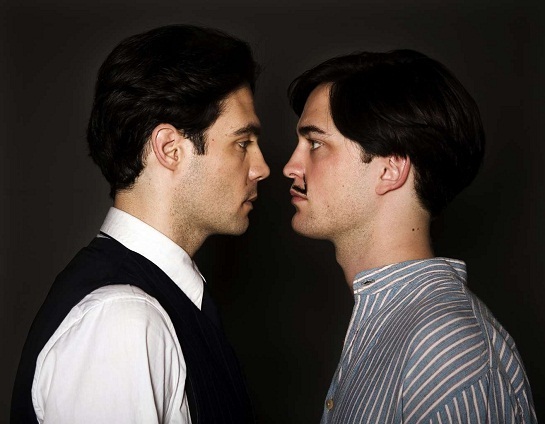 I am going out with two guys who happen to be friends. Let’s call them Tom and Jerry. Tom and Jerry are both from the same culture (different from mine).

I first met Tom and he was at first vocal about his interest in me. We go out regularly but he has this bad habit of not keeping in touch. When we’re together though we always have a great time. He just has this one track mind and focuses only on what he has on his plate for the moment. Anyway, I’ve established that he doesn’t want to be my boyfriend and that is fine with me. He is graduating soon. I’m comfortable with the idea that I will only be seeing him for the duration of the time that he’s here.

Now Jerry and I met shortly after I met Tom. I would find out later that Jerry wanted to ask me out too. But since he didn’t, we got into this easy friendship. We talk daily. Recently however, Jerry asked me out. I thought about it and I am not averse to the idea. I figured since I am not committed to anyone, I am not accountable to anyone.

You see, I have always been reasonable in dealing with relationships. I have told Tom pointblank that when he doesn’t keep in touch with me I feel so distant from him. I have noticed that he has been exerting more effort to keep in touch during the week after that talk. Anyway, he said he felt irritated that I went out but then he realized that he can’t expect anything from me that he can’t do himself. He said if he sees me once a week or if he gets to spend time with me when he can he is fine with that. He understands that I may need more time than that. So he said it is okay with me to go out with other people.

I thought he didn’t need to tell me that because I still go out with other people. After all, I don’t want to just keep waiting by the phone and wait for him to take me out when it is convenient for him.

Anyway, lately though Tom has exerted more effort to see me. Jerry on the other hand keeps trying to see me everyday.

I know I can’t keep this up. In the end I will have to choose. But I want to choose when I am comfortable and when I want to already. I admit I am more attracted to Tom than Jerry despite the easy friendship Jerry and I have. Otherwise I shouldn’t bother with Tom anymore when Jerry is so into me and wants to be my boyfriend.

However, in the grand scheme of things, these guys are transients in my life. This will not give me ‘forever’. Their culture has already determined that.

Last Honest Guy, am I being selfish if I keep seeing both of them? I don’t want to make a decision just yet. I admit I like the attention I am getting. However, I still have to figure out how I feel about both.

If I am to be wise about this I would just walk away and not choose either one of them at all. I think I am infatuated with Tom though. Yet I do care for Jerry.. and from the looks of how things are going I am not averse at the thought of him being my boyfriend. But I can’t quit on Tom just yet.

I am being fickle, am I not? Last Honest Guy, what do you think I should do?

I admit, other than these guys I also keep in touch with other people. But these two are the only ones I go out on dates with on a regular basis.

I don’t really know what to ask you. I just thought I would vent and get your POV.

Look, since you have no commitment to anyone at this point, you are free to do what ever you want and date who ever you want as well. I would encourage you to keep it this way, that way no one gets their hopes up and get hurt at the end.

Also, let’s be real and admit that you DON’T like Jerry. You only like the attention you’re getting from him that’s all. So don’t kid yourself. If you really liked Jerry to be your boyfriend, he would be your boyfriend already. He’s more like a consolation price per say.

Put it this way, if the roles were reversed and Tom was the guy who is attentive and willing to have a relationship with you, no doubt you would stop seeing Jerry and just be with Tom. Am I right?

What I advice you to do is to continue to date as many people as you want as long as you’re completely honest with all of them regarding your true feelings about each one of them. Don’t mislead them into thinking you’re really into them when you’re not. If you’re completely honest and transparent at all times, they would know exactly what they’re getting themselves in if they choose to continue dating you.

Also, in regards to Jerry, I would not get into a relationship with him even after Tom leaves. There’s no point in being with him just to later leave him when you find a guy who you really like. At the same time you don’t want to tie yourself down with someone who you really only like as a friend. You could deprive yourself from finding someone else quicker and could also end up hurting Jerry even more after you dump him when you do find someone else. Just be clear with him and if he chooses to continue to hang around you, than that would be his decision at that point.

Good luck. By the way, I’m glad to hear back from you.