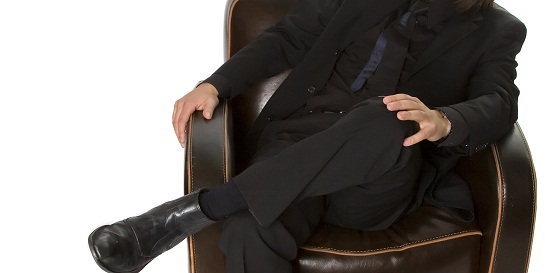 Hello, there… I’m 43 years old and I’m not so great in reading men. I’m so bad at it, I lost a male friend of 7 yrs. thinking we’re nothing more than friends. We always exchanged gifts for the holidays’ b’days, hung out… nothing fancy always a casual setting. He did say once I was a good woman… I don’t know what those terms mean when it comes from a Man. Such as the guy I’ve been dating for the last 3 yrs -who has said I’m sweet and he thinks the world of me… again what does that mean? And this kissing on the forehead (what am I 2 yrs old). You see, when a man flirts with me, I don’t take much value in what they say… sorry, I don’t.

Please tell me how to tell if a guy is being real or playing, I don’t want to hurt anyone I care about. I feel horrible I, lost this friend for life. I wish I knew how he really felt.

I’ve also been dating another guy, I would say on and off, and when I used those words to him, or say something on the lines he has lost interest in me, he’s says I’m wrong. However, I will say… if I ask him to do something with me other than sex… he does, it may not be right away, yet he does. So, what’s his deal, why is he staying around, for play or is there something more?

One thing to understand here is that men in that age bracket are different than men that are younger. I’m guessing you’re dating men who are 40 and above years of age and this also usually means that these men are also on their second time around the block. These men think different and it all has to do with their past experiences.

Here’s the 3 reason why a mature man will not make a move on you:

1. Some men tend to think they’ve been “out of the game” for so long that they feel “rusty” per say.

They’re not quite sure how to act around a single women.

2. Other men actually feel similar to the way women feel after they turn 30. They start feeling like they’re past their prime and start to doubt themselves.

Their physical appearance doesn’t look the way it used to. And sometimes their body parts don’t function the same way they used to, if you know what I mean?

What this translates to is; insecurity

Yes, men do feel insecure. It seems to me that these men you’ve been dating are lacking confidence and that’s why you’re having a hard time understanding them. Traditionally, the older the guy is the more straight forward he is and the less he cares about what you’re going to think of him. But I’m talking about unmarried guys in their 30’s. These men you’ve been dating are coming from a failed marriage which is pretty depressing and at the same time contributes for their lack of confidence.

This explains why they say things like “you’re so sweet and I think the world of you” or “you’re a good women”. They’re pretty much trying to compliment you but at the same time saying it in a way where you won’t think they only want to get laid.

If these men you are dating are not coming from a failed marriage and just haven’t ever been married before than they have some other kind of problem and you should definitely stay away from these kind of men.

3. Lastly, the final reason might be because you’re a smoking hot 43 year old.

In this case, you just intimidate these men and make them feel even more insecure and cause them to not know how to act around you.

What I suggest you do is become the one that makes the moves and basically guide these men to do whatever you want them to do. You have to be straight forward and direct because it’s obvious that they’re not doing it on their own. I know this isn’t something women like to do but at this point this is your only bet. These men are confused and they need your help.

If you start to give them these hints at first, later you might not have to do this anymore because they will feel more comfortable around you and more importantly it will be clear to them what you’re looking for.

If anyone out there has had a similar situation please share with us your experiences.