Why does my boyfriend lecture me all the time? – Relationship Advice 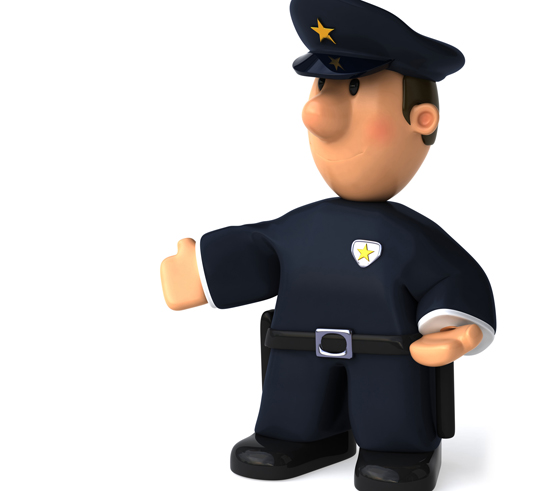 My boyfriend lectures. Sometimes he can’t just talk to me, he turns into a cop (his job) and starts in on a lecture and he repeats himself over and over even though I say, I get it. I’m 39 (he’s 45) and I hate being lectured. I’m a grown ass woman. I try to be patient, but eventually I just need to either walk away or we’re going to fight.

I don’t get what he wants from me. Do I really need to stand there and listen to his lectures? We get into the worst fights; no yelling and screaming, just no talking, which I hate hate hate.

What we have here is a case of somebody bringing his work home. This is something that is not gender specific and it happens to both male and female. Some people just take their job so seriously that they can’t switch to a different role once they’re off the clock. In your case, he happens to be a cop which is actually unfortunate for you because that’s one of the few jobs where you’re still a cop even if you are off the clock.

We’ve heard of cases where a person happens to be an Air Traffic Controller and their job is to remain calm at all times and direct airplanes. In the case of an emergency their job is still to remain calm, give directions and show no emotions even if the situation is really bad. Now, you can imagine how this can affect a relationship if this person bring his work home. Living with a person who never shows emotions and just gives directions all the time can be tough to live with.

This is exactly what you have. But don’t worry, this doesn’t mean there isn’t a solution to it but it is something that will require a lot of time and patience to fix.

My advice to you is to talk to him about this issue and let him know how serious it is and how you really feel about it. But don’t let him know how you feel in the middle of a fight, that’s not going to work.

Timing is the key to your success

You have to wait for the right time to talk to him about this. I recommend you do this when he’s in a good mood and happy. I’m sure you have times like that. When you find that time just tell him how you feel. Don’t yell or start accusing him of causing fights because he’ll just get defensive, rather say to him that you appreciate him trying to tell you what’s right and what’s wrong but that a lot of the time you already know and it frustrates you sit there and have to listen to him. Tell him that if you ever don’t know something you will ask him and listen then.

It’s also really important to tell him that it’s becoming a real problem for you and give him a chance to suggest an idea on how to fix this problem. This way you will give him a chance to acknowledge the problem and find a solution. Men love to be the ones to fix problems.

If he can’t come up with a solution or just simply doesn’t want to admit he has a problem (men often never admit when they’re wrong) you should just tell him that from now on every time he starts lecturing you will point it out right away. Make sure he agrees that as soon as you point out his lecturing he has to stop. Also tell him (in a loving way) that you only want to improve the relationship and that’s the reason why you’re talking to him. I’m sure that if he loves you, he will be willing to work on it.

Like I said before, this will take some time and it won’t happen from one day to another. So be patient and help him work through this. He has to understand that when he’s at home with you he’s not a cop, he’s a loving boyfriend.

To answer your question, no, you don’t have to sit there and listen to his lectures. After you have the talk with him all you’ll have to do is tell him “you’re doing it again”.

I hope this helps and be sure to let me know how it works out.