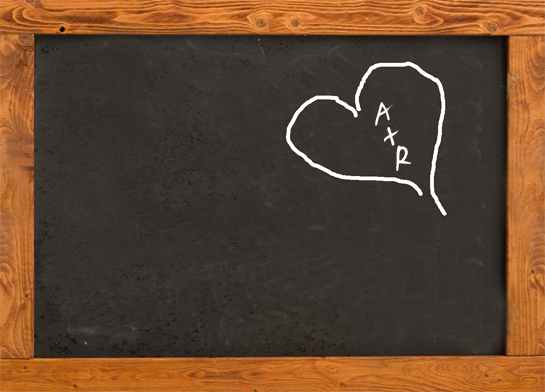 A couple of weeks into the school year, a boy 2 years older than me and in my study hall asked around and found out my name and then contacted me on Facebook saying he was trying to get to know more Freshman. Right away he started telling me how pretty I was and how he thought he’d really like me a lot if he got to know me better, but asked me to keep quiet about what he was saying (he has a girlfriend of 2 years).

About a month later he broke up with his girlfriend and offered me his cell phone number and told me to call him if I wanted to so I gave him mine too. Over the next few weeks, he texted me for 2-3 hours almost every day continuing to say how pretty I am, how I seem cool, asking me to come to his football games, etc.

That went on for a few weeks and one Friday night when we were texting he told me he wanted to hang out with me some weekend, but we both had a lot going on for a few weeks so no plans were made. The following Monday he updated his Facebook status to in a relationship with his ex again.

The no contact lasted for about 2.5 weeks. I texted him one night last week because a friend of mine wanted his cell number to ask him a question about a class they have together and I wanted to make sure it was ok with him to give it to her. He replied back yes and then started texting me like crazy because he found out that I like him, which makes me think he didn’t think I liked him and that’s why he went back with his ex. He was going crazy in his texts saying how he hated himself for going back to his ex because he could have been dating me the whole time and telling me I was beautiful and even texting me at midnight to say sweet dreams.

That went on for 2 days. He left school early the 2nd day and texted me as soon as school let out to say “Hi” and tell me he wished he could have seen me that day. He kept repeating how much he wants to date me so I told him that he needed to make a decision between me and his girlfriend and that I wasn’t going to wait around long for him. He told me he knew and that he was sorry and that he would make a decision soon, but he never came right out and said he’d break up with her and even said he didn’t know when I asked him right out. He then changed the subject and we continued to text for another hour.

I have not heard from him again since. He still stares at me constantly and does things to try and get my attention and then stares and smiles at me, but he has yet to actually speak to me in person. Part of him not talking to me in person might be because I’ve heard that his girlfriend gets really jealous whenever he talks to any other girl and they get into a big fight.

Is there any chance that this guy is going to break up with his girlfriend again and give us a chance? I don’t plan on waiting around for him and won’t date him or make initial contact while he’s still with her, but I have no interest in anyone else right now either so it makes it difficult to forget about him.

It sounds like this guy just wants to play with you because you seem like an easy prey. You see, when guys are in high school it’s almost a tradition to try to get with the incoming freshmen. Mainly because they’re easily impressed by the big boys on campus and tend to be naive and innocent.

You’ve already noticed that he’s sending mixed signals and you’re having a hard time trying to figure out his true intentions with you and that to me it’s a clear sign that he really doesn’t want anything serious with you.

Since he now knows that you like him, he also knows that he can easily have you at any time he pleases. Don’t think that he was confused and thought you didn’t like him in the first place. It’s more likely that he had given up the idea that he could easily get with you that he decided to get back with his ex and now that he knows you DO like him, he knows it will be easy to get with you. This is why he has decided to pursuit you again.

Please don’t fall for this traditional old tricks and instead go on with your business. You will avoid looking like a fool and most importantly getting hurt and possibly scar for a long time.