The guy I like is from a different culture 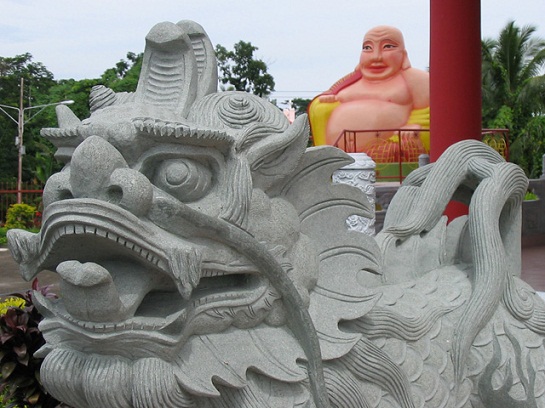 I have been going out with this guy of a different culture. I know the certainties — that I am walking into heartbreak territory. His culture is quite clannish and so is my religion. Yet despite that, I am drawn to him. We have mutual liking for each other.

We agreed to keep it casual. Just not to over think it. But I can’t help it. I realize I regard things differently as he does. I am fighting a battle between my heart and my head.

We talked this morning. And we have settled things. I think I made the right choice as to define the rules this early on. It is just so hard to fight this growing attraction I have for him. I am afraid I would get too emotionally attached when all we agreed on is being casual.

I told him we are just friends who enjoy each other’s company. Hence, no hugs, no kisses, etc, He is a really good guy but what I am certain is that he isn’t the one. Just because we are impossible from the get go.

Please let me know your thoughts.

It would be in my best interest to just sever it right?

Well, this is a tough situation to be in. It’s also a situation where you’re the only one that can make this decision. Nobody knows your family better than you do and if you know for a fact that they will never accept this interracial relationship, then you need to make a decision between your family and someone who can potentially be your life long partner.

Keep in mind that at this point there is no guarantees that this guy is even worth the fight against your family and his acceptance. This relationship can barely be called one. For all you know, a few months into the relationship he might turn out to be a jerk and regret the whole thing.

What I recommend is that if you’re still on time and you’re not emotionally attached to this guy, then it’s best to just cut all contacts with him and just move on. At this point you’re playing with fire. You’re in a situation where you have already pre-determined that this is an impossible relationship and if you continue with it you’ll only be preparing yourself for a war against your family. You’re not in love with him now so it should be fairly easy to move on.

You’re also probably thinking that this guy might be the one for you and you’ll never be able to find someone else like him, but that’s nonsense. That’s only a belief that has been fed to us by love stories and romantic novels, in real life is a whole different story.

The truth is that we’re humans and we’re compatible with other humans. And trust me, there’s a whole lot of humans out there that you’ll be compatible with that will have all the characteristics you’re looking for and more (like same culture, religion, etc.). So be smart and take control of your life and what you really want. Don’t settle for someone who ALMOST has everything you’re looking for. Settle for the person that meets all your needs. And yes, that includes your religion and culture too (if that’s important to you).

I recommend you read this article I wrote (HERE) where I talk about how to identify what you’re looking for in a person and I basically provide a structure on how to accomplish this. Check it out.

By the way, if you know you can develop romantic feelings for someone, I can almost guarantee you won’t be able to solely have a true friendship even if you want to pretend you do. You’re just lying to yourself and just want to use that as an excuse to be together and have a connection with him. Eventually you’ll fall in love or will just become F-buddies.

One piece of advice I can give you if you find yourself wanting to pursuit this relationship and go against all odds is to give yourself time. A lot of it!

Whatever you do, don’t tell your family about him until you’re 100% sure this guys is worth the fight. The last thing you want to do is ruin the relationship you have with your family for someone who isn’t worth it.

The only way you will know if he’s worth it is by getting to know him really well, and that requires a lot of time. If after that time, you determine he’s worth it and he’s also willing to fight that battle with you, then at that point I would then try to introduce him to everyone, but not before it.

Also, prepare yourself to fight for acceptance into his own culture as well.

Sounds like you would have your work cut out for you. I don’t think I would want to get in that mess if I had the option. Would you?