So, I’m not really into clingy 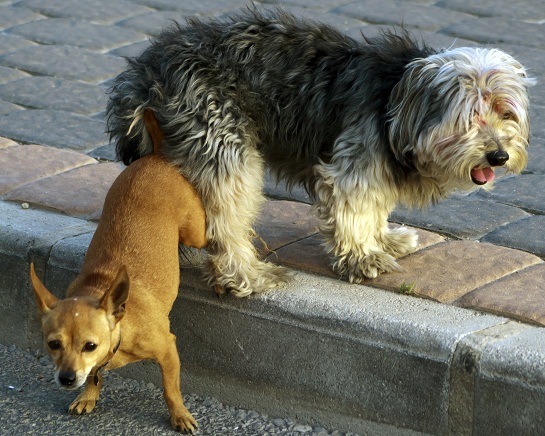 Let’s get the easy stuff out of the way: I’m 22; the male in question is 21. We’re both ultra boring white kids who grew up in (insert laugh here) Catholic school, although not the same one.

So, I’m not really into clingy – something I’m sure to note to anyone with whom I speak, be it friend, foe, or significant other. Not so into the last one, as I don’t typically date.

I also have pre-defined relationship views and decisions (already made and ready to go) should I ever idiotically enter into one. They’re simple things, mostly…like telling the guy how often I am comfortable being contacted and how I get really easily annoyed if certain lines are crossed.

I make sure to tell whatever unfortunate male thinks dating me is a good idea in advance, and usually it works out rather well. (An example is my saying, “Hey, I’m perfectly okay with kissing…but not so into the sex thing, so don’t get too excited.” Insert a wink and a smile, and they’re usually already laughing. AND they respect the boundaries.)

The male in question is respectful of those boundaries, although I feel they may have made him insecure, as he asks a lot of, “Do you think this is too clingy?” type questions. Or perhaps he’s just open to lines of communication. I was hoping for the latter, but…

Anyway, lost my virginity to this kid about…oh, two days ago, and yesterday he called me and asked me to come over and stay the night. 1.) The dog is sick. 2.) Had been up since 5am, and was entirely too exhausted to drive two hours to see him. It was 6pm. 3.) Those two combined formed this sentence to him: Not tonight. Don’t get me wrong. I’m heartless, but I did explain the former two reasons as well.

This morning, he calls with a “You know how I make rash decisions…?” and you can probably guess the rest from there, but he found another girl with whom to share his bed.

He sounded…apologetic on the phone.

I just said, “Well, best of luck in your new relationship.”

So that’s most of the situation. (Also, one of my pre-planned things. I don’t think it’s worth it to get mad over something like that. If he wants to be with someone else or, say, become upset enough to do it out of…whatever reason he did it… he’s more than welcome. I also don’t think it’s worth it to try and work it out when it happened so early on in the first place. Really,  thank high heavens. Later in the relationship may have led to my being less rational about it.)

Okay, so what I’m failing to understand is WHY OH WHY he’s being ridiculously clingy right now. I was assuming that I had done something (other than the not-coming-over thing) to prompt all of that. I’d assume that sleeping with someone else is one of those, “I don’t want to be with you anymore” things, or maybe he just thinks that’s okay and we can move on. Or even better yet, a way of saying, “I’m not that into you.”

I am so failing to understand this. My guess would be something along the lines of immaturity mixed with a strange understanding of how the world works (ie: that his behavior is okay because of whatever rationale he formed in his head to explain it away,) because he’s not giving me, “GO AWAY” signals. He’s giving me the exact opposite.

If I had said, “Yes, I am angry,” when he asked me if I was mad, would that have helped? Not really into lying, but still…Seriously.

OK, first of all, you really sound like the type of girl who doesn’t believe in love or just has a really bad perception of relationships in general. I suggest you don’t have a set of rules for all your relationships before you even have them. That can only lead to failure simply because every single relationship you may have is completely unique and independent from all the other ones. Really, keep that in mind and I’m sure you’ll have more success in the future.

What is going on?

So now to your question. I really don’t think you did anything to trigger his reaction. What happened was that when a male is challenged, specially when it comes to sleeping with a girl, he becomes stubborn and does everything he cans to beat that challenge. It’s mostly just to boost his ego.

This guy obviously got what he wanted and then decided to call it quits. In other words, the common “hit it and quit it”.

Yea at first he seemed to show interest right after you slept together but that was only because he wanted to keep on hitting it as long as possible with the least effort from his part as possible. Thus, the reason why he wanted you to drive for 2 hours and on top of that get laid too.

Are you kidding me? That’s every man’s dream come true. Have a chick come to him and give him sex. Perfect.

Obviously when you didn’t go, he probably went ahead and did what he was planning on doing sooner or later. Dump you.

Of course the reaction you had was not what he was expecting at all. I mean, c’mon! I didn’t even expect that from a girl who just lost her virginity to a guy and gets dumped two days later. Wow!

So, now we’re back to square one. It’s become yet another challenge for him to beat. That explains why he’s so clingy now.

What about his new girlfriend?

Yea the new girlfriend. I have a feeling this chick and probably many other ones existed a long time before you came around. The only difference is you didn’t know about it. It’s just expected from someone who lives 2 hours away from you. No doubt.

My advice to you is to not even bother with this guy anymore and change your attitude about relationships and guys in general. Trust me there are still some good guys out there, you just have to look hard for them. Good luck.