My Mother ruined my marriage! 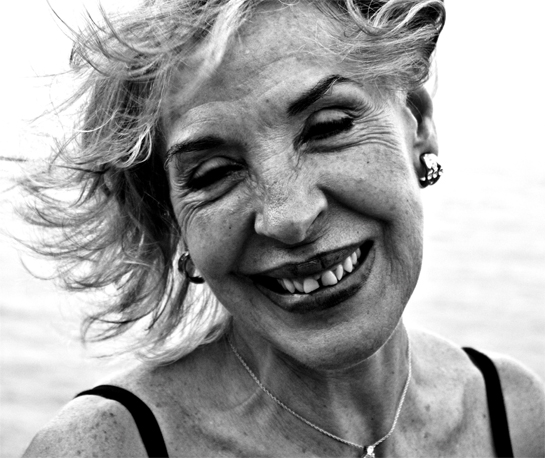 Hi, I really need help on my marriage; a week ago my husband told me that he wasn’t sexually attractive to me and the next week, he said he didn’t love me any more. I asked why, and he said that he was tired of all the put downs and all. I told him that I was sorry if I put him down so many times, but we have been having trouble with my mom and my self stressing and I do take it out on him when I’m mad, I know that being mad make you say or do things you don’t want.

We’ve been together 2 year and 8 months, and 3 nights ago, I had something planned for both of us, maybe something it could of help our marriage. But while on the way, a co-worker from us called and said that another co-worker wanted to hang out with us, but not me included.

I was hoping that my husband would say “no if she isn’t going then I wont either, besides we have something special to do tonight.” instead he said “are you going to give me money for gas, if you are then I’ll be there.” I got mad, and I just ignore it and said ok…fine. Later on I started to tell him why he was going to hang out with them and not with me. He just told me straight forward that he didn’t love me any more, and he doesn’t even care about me. That broke my heart, so much. We’ve been through allot when we started dating, we did what ever we could so we can keep seeing each other because my mother didn’t allow me to see him.

Now after all that effort, I can’t believe he is saying this. I told him I’ll give him time to him self, a week, a month, but to try to think about our marriage. But he said, “You already know my answer, so just give up.”

please, what should I do? He doesn’t want to try to give me a chance or anything and I really love him. Please let me know what I should do. Thanks.

When you get married you have to realize that this person is now your direct family. Your spouse becomes your number one priority and should come first before anyone else. We are talking about the person you are supposed to spend the rest of your life with or at the least live with and see every day for a long time. If you’re going to live and see this person everyday, the smartest thing to do is to put as much effort from your part to be as drama-free as possible and make it work. Nothing else should be more important than your spouse and fighting over a family member that they don’t get along with is a reoccurring argument that will never go away simply because other family members are not just going to disappear. Quite honestly is really annoying to have to go through this over and over.

You have to realize that not every family member is going to get a long with your spouse because we are all different and have different personalities and if this was so important to you than you shouldn’t have married someone who doesn’t get a long with your mom or family. According to marriage counseling orange county “The entire process of being married to someone cannot be a one-way street”, either you both have to put in the effort, or there will be nothing to prevail very soon. What you have to do is accept the situation you are in and make it clear to your husband that he comes first and no one else. It seems to me that ever since the beginning of your relationship the main problem has been your mother and it continues to be.

You also admitted that you often take out your anger on him when you stress out. It’s no surprise why he wants to leave and you have no one to blame but you. Nobody likes to be in a verbally abusive relationship and as a woman you should know this. Women often leave their husbands because of this very reason, so why is this a surprise? Sometimes after such a long time of abuse people just have enough and unfortunately there isn’t much to do at this point.

If he’s already told you that he is done with the whole marriage, you just have to accept the fact that he has made a decision and just take it for what it is. Bottom line is that you can’t keep someone there against their will. It just doesn’t work in the long run. What you will have is a life full of arguments and fights that will come up over and over. By the way, having a baby in between you guys is the worst reason to stay together it will only result in raising an innocent child in an unhealthy environment full chaos. It’s not fair for the kid.

My advice to you is to just try to catch your husband on a time where he’s not mad or angry and really sit down and find out if in fact he’s ready to move on (it seems like he is). This way you’ll be able to get a true answer from him that is not being influenced by an argument. The worst time to get real answers from someone is in the middle of a fight. As you said before, when you’re mad you tend to say things you don’t really mean. At this point if you’re able to get a CLEAR answer (not the answer you wish for) from him, then there might be hope to save your marriage. It will require a true commitment and effort from you for a very long time. Don’t expect for things to change in a week or two but rather years before he is able to trust you and know you have made him your priority and not someone else. Remember that it’s very hard to trust someone again specially after they have been betrayed in the past.

You should also consider the possibility that sometimes irreversible damage has been done and when this happens, unfortunately there isn’t much you can do. Now you can only learn from this and try to not make the same mistakes in your future relationships.