My friends has been acting so weird, why? 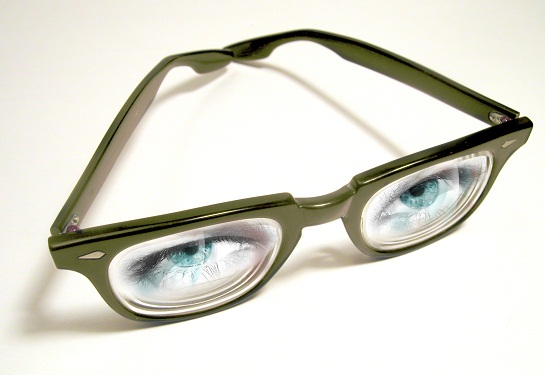 Me and my good friend of 7/8 years have always had a good friendship. After a year we started messing around nothing serious just for fun sometimes. We have a good friendship just would happen to fool around once in a while. I can’t say that it was just about sex because we would do more than that we are just good friends. He has a girlfriend he got with her maybe 2/3 months after he and I became friends they have 2 kids now.

I’m in a relationship with my son’s father (whom my friend has no respect for and I don’t know why). We (my boyfriend & I ) have a lot of history and at a certain point we were separated for a couple years and recently ( a little over a year ago ) rekindled our relationship and I’m very happy. But since I got back in this relationship my friend

seems to be acting differently.

He calls and drives by my house at all hours of the day and night and he lives on the other side of town… he also has no problem putting down my relationship when he don’t even know my boyfriend at all. He don’t even like for me to talk about my boyfriend in anyway. I really don’t know why he’s acting this way? because for 1. I’m not his type, so I never thought he would want more or could see me more than being just friends because he already had someone. I really can’t pinpoint what’s going on in his head because him doing these things are somewhat new to me.

I’ll admit that maybe after a year or two of always being around each other that I grew feelings for the kid but knowing he was involved I had to shake it off . I came to a point where I did want more but I knew it wouldn’t happen and that I’d always come in last. So after a while it was nothing to me and I felt like we had a great friendship and I didn’t want to mess it up.

Then I get back in this relationship and I told him ( my friend ) that I wanted to be faithful….. after a while I stopped talking to him and I even ignored his calls and 8 months past and he still hit me up not really care if I’m with my boyfriend or not.

Sometimes he just stops by my house unexpectedly, don’t call, just shows up! He calls me from random numbers or even blocked. He hunted me down once, calling my step-mom’s phone driving to my fathers and step-mother’s home looking for me. He went to my house when I wasn’t home. He found me one morning when he came to my mother’s house out of the blue, it was just random! He looked like he just woke up like didn’t wash his face, still in his pj’s, wearing crops with no socks on. I know him so well that I wouldn’t think he was crazy or anything like that. I just called him a crack head and laughed about it….

But really honestly what do you think is the real reason why my friend would do these things? do you think he’s trying to mess up my relationship?

There’s sooo much more but I don’t want to go on and on… so from what I’ve told you, do u think you know?

Wow this is a really interesting situation and one where I don’t think you’ll want to know what I really think. But since you did write to me for my honest and true opinion, I will give it to you.

As I read the first part of your situation I have to admit that it sounds like this guy really likes you. It sounds like this was a case of someone who is secretly in love with you, specially after such a long time of being “friends” with benefits. Everything seems to point into that direction.

With that said, reading the second part of your situation made me change my mind on my original suspicions. This guy honestly seem to be obsessed with you and that’s not necessarily a good thing. The behavior you’re describing is not normal for a guy to do, not to mention that it’s extremely disrespectful to show up at your house unannounced.

Even when someone is in love, it’s normal to do some stuff out of the blue, but everything you’ve mentioned is definitely going to an extreme. You don’t call someone from other people’s phones or block your number. You also don’t just contact other people just to find out where you are. This kind of behavior is categorize as obsessive. Some may even consider him a stalker.

My advice to you is to cut all connections with this guy if you really want your current relationship to work. This guy is essentially your ex even if you don’t want to see it that way. There’s absolutely nothing positive in keeping this “friendship” going, specially if he doesn’t even get along with your current boyfriend.

You need to set your priorities straight and really determine who’s going to be number one in your life. If you’re serious about being faithful and having a happy relationship with your current boyfriend this other guy should definitely not be part of the picture. Remember that in order to be successful at anything you do, you have to give it your all. If you don’t, all you’ll have will be a “half way” relationship and you’ll never reach true happiness.

You can’t have the best of both worlds

To answer your questions, it’s definitely clear to me that this guys obsession with you is driving him to do whatever it takes in order to destroy your relationship. Of course he’s doing all the things you’ve mentioned on purpose. It’s up to you if you want to see reality or not. Don’t make excuses and think that you know this guy too good to think he’s crazy. People chance the minute they stop getting what they want. I recommend you be careful and good luck.