My Boyfriend is so annoying!!! 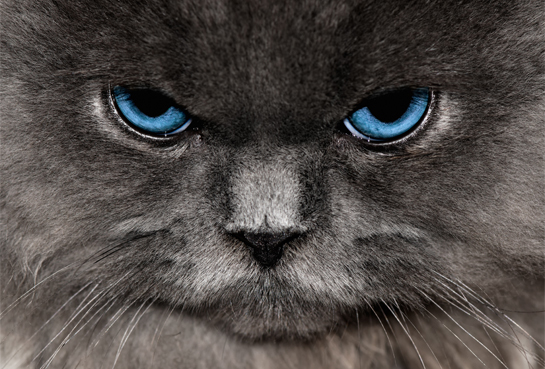 I’ve been seeing this guy for a couple months now. It got serious really fast I think. I already get annoyed of him though. I feel like this early in the relationship I shouldn’t be annoyed of him, because that is what usually happens after being together for a long time right?

He is late all the time and I have to wait on him. He comes over and eats but doesn’t offer to pay for food (except for recently which he came over and brought a few cheap small things).

My friends say that I’m expecting too much and I should just deal with it. But how do I get over being so annoyed?

I like him A LOT but the few bad habits he has, bother me so much, that I’m not sure if it’s worth it.

The reality is that you should really make an effort to set your priorities straight. Think about the “must haves” vs. the “should haves”. If in fact some of the personality traits you are looking for in a long-term partner are not there and you consider them “must haves” then you should definitely just let him go. Don’t worry about the fact that you “really like” him because after some time apart from him you will eventually get over him, that’s just the way life works. Eventually another guy (hopefully a better buy) will come along and you will forget all about him, trust me that should be the least of your concerns.

Also know that if you are hoping that he will change with time, I have news for you; IT WILL NEVER HAPPEN! Never expect someone to change or hope that they will change with time. Instead, it’s a better idea to try to look for a mate that already has the traits that you are looking for and you’ll have nothing to worry about. In order to do this you need to really work and develop this list of “must haves” I’ve been talking about. If you know what you are looking for before hand it will make it a lot easier to find it. Also, it will allow you to look in the right places.

For example, if one of your “must haves” is for him to be fit or maybe into healthy eating? I would suggest you look for someone like that at the gym or maybe at a college where he’s studying to be a nutritionist. If you are looking for someone who has the same believes (religion) as you do? Then look for this person at your church. Well, you get the idea.

By developing this system of “must haves” vs. “should haves” then at least you are able to start a relationship with someone who already meets the most important traits of a partner according to your criteria and then you can continue to work on the secondary traits that are not necessarily as important to you but it would be nice if he had them.

I also think that being “picky” is a good trait because it shows that you really know what you’re looking for. Don’t let your friends talk you into thinking you are asking for too much. Chances are that they’re in an unhappy relationship and have learned to put up with it and therefore think that’s the way it should be. If you want to be happy in a relationship, look for couples that are happy and have been for a long time and try to model your relationships on them and find out the things they are doing right and what works for them and learn from them. They’re obviously doing something right.

I often see people trying to get advice on relationships from their best friends not realizing that sometimes these people have horrible relationships themselves. So what do they know about relationships and why are you treating them like they’re experts? Think about this and make sure you are going for advice to the right resource and not someone that just happens to be your best friend.

Just for the record, being annoyed of your boyfriend is NOT what usually happens after being together for a long time. Not being annoyed of each other after a long time is the biggest sign you’re with the right person and you will have a good chance of growing old together.