Is it a good idea to date a frat boy? 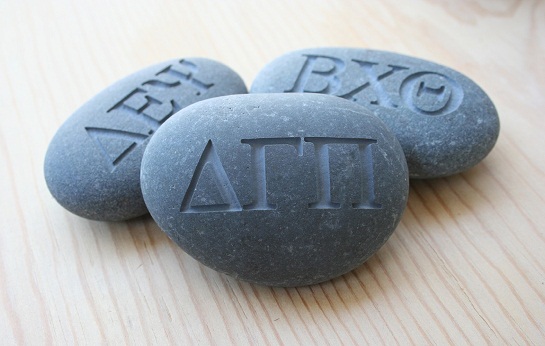 I met this guy my first year in University. We talked via text messages for a while until I invited him over to hang out and watch a movie. We ended up sleeping together the second time he visited and slept together a few more times after that. I wanted a relationship, but he claimed to be too busy (he worked part-time, went to school full-time, and was part of a frat). We never went out on dates and he always came over to my place. I know, typical F Buddy status, so I stopped talking to him.

Fast forward, one year later, he ends up sending me a message via Facebook asking me how I’m doing and if I still have the same number. We exchange a few text messages over the course of one or two months, but lose touch again.

It’s now year 3, and we recently started talking again. He contacted me via Facebook IM one day and we started talking, just about general stuff. And then he told me that he missed me and that he wanted to see me. I spent so much time debating if I should let him come over or not because of our past, but finally gave in. We spent about 3 hours on my sofa just catching up on everything and then he started in on how he missed me and that he had screwed up when he let me go the first time and he wasn’t planning on losing me again. I ended up falling for this, and ended up in bed with him that night, and he stayed with me the whole night, something he never did before. He ended up coming over a few more times, always calling/texting the day of.

I got that, “maybe he’s just using me again vibe” and stopped talking to him for a while, always telling him that I had something going on and that I wouldn’t be able to see him. Yet again, he came, claiming that he missed me and that he had to see me. He’s been coming over a lot more lately, and actually making future plans with me for things like Valentine’s Day. Because I like to go back home on the weekends, we never get to hang out and he always sends me text messages asking me when I’ll be back, telling me he misses me and to come back already. Am I wrong to question his feelings for me or is he just using me?

Yea, this sounds like a guy that’s only chasing tail. I mean, C’mon; young guy, in college, in a frat= hungry for punany.

Look, to be completely honest with you, the way you guys met and started this relationship (if you can call it that) it’s not necessarily the way you would start a serious, long lasting, meaningful one. Let’s just say that there’s a strong chance this guy just likes to get laid by you. Maybe you’re great in the sack and that’s why he keeps coming back to you. But to say that there’s strong feelings involved here might be a little too much wishful thinking.

To be real with you, if you already feel like he might just be using you for sex then I think that your gut feeling is your best friend in this situation. My advice is to not get your hopes up thinking you have something here other than just a sexual attraction. Please keep that in mind at all times.

By the way, if you’re OK with that and you enjoy the sex too, I suggest you also use him for that only. There’s nothing wrong with that. But please don’t get your feelings involved in this, because I guarantee you’ll be the one getting hurt sooner or later. Good luck.