Is he messed up in the head or he’s just a player? 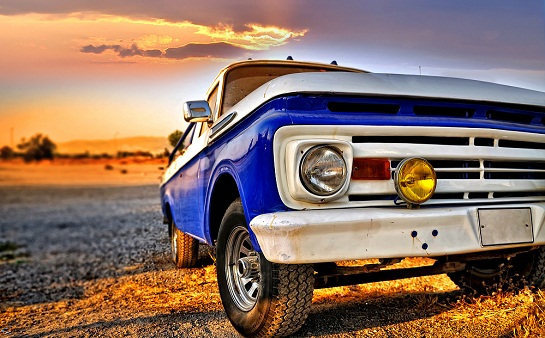 So I’ve met this guy on an online dating site. He’s 2 years older than me (I’m 18). We started texting this year September, we met up a month later but he left me waiting outside in the cold for an hour and we did it in the back of his car for 10 minutes before he left back to work. Know that I traveled 45 minutes to get to where he was. So I told him I never wanted to see him again (I told him that losing my virginity might have been better than that encounter), he retorts that my head wasn’t even that great. Anyhow just before New Years he starts texting me again, I really did think at first that it was just all an attempt for him to get laid despite his comments of just wanting me for himself. How he wants me to be his wifey/shorty. I got to meet him on New Years Eve and we had sex. It was amazing and afterward he texted me saying that hes my boyfriend now or wtv. Later on the week he wanted me to go all the way to his house or back to my friend’s apartment which I couldn’t do because I was really busy. He got really mad at me and just said forget it. Then my phone suffered liquid damage so I emailed him about it and he didn’t say anything. I called him up and asked to meet up and he was like I’ll IM you instead.

1) He never did
2) I’m feeling like a sadist right now, it seems like I need a hard phone call from reality

First things first, this guy is definitely a player and is just looking to get laid. The guy is 20 yrs old and it’s not surprising at all that he wants as much sex as he can possibly get from anyone. I mean, unless you date someone closer to their 30’s, just about all guys are only looking to get laid. Yes, there’s a few exceptions out there but it’s rare to find them.

I would suggest that for now, when you date people or start a relationship, you only view those relationships as a way to get to know guys and acquire dating experience. By doing this you will be able to later identify which guys are still only looking to get laid and which ones are looking fore a serious relationship. At the same time, by that time you will be a little bit older and so will the guys you date which will increase your chances of finding a guy who has already matured and have similar goal as you.

The important thing to keep in mind here is that by changing your expectations about relationships now, you can avoid getting played and most importantly getting hurt at the end of things. Instead of searching for guys and thinking you’re going to have a serious relationship or a long term one you should just date guys and know that it probably won’t last for ever. Also, know that in your age bracket most guys are practically walking bags of hormones and are really only interested in getting laid as much as possible and with as many girls as they can.

At your age you should be focused on getting your education out of the way and starting a good career. Once you get to that stage, instead of meeting dirt bags you will be exposed to other professionals who have the same interests as you and are at your same level.

And by the way, don’t get so easily fooled when a guy sweet talks to you. That’s just a way to get you to spread your legs for him again. Good luck.