In Love with a Memory 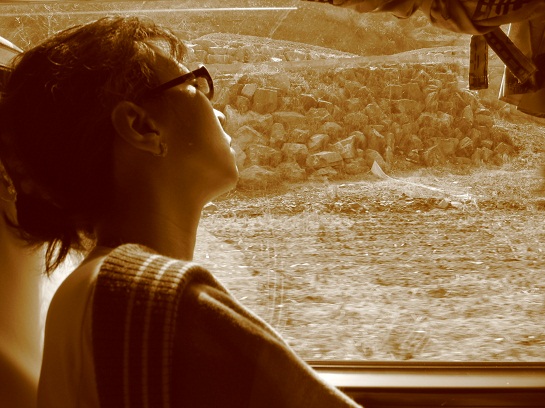 Last night I was talking to new acquaintances and we started talking about first loves. I always thought guys forget their first loves easily. I was surprised that these 3 guys were all in agreement that they are never truly over their first loves — or if ever they are, they never really forgot. So I am curious…

I dated a guy from my church but it never worked out. My thoughts would always go back to my first love. I tried to get my ex back but I was told “There’s no more love left in me. For you. Or for anyone else”

He hasn’t had a girlfriend. I know he dates and all that.. but no girlfriend until now.

I moved halfway around the world to get over him.. But I still am haunted by thoughts of him. Even when I don’t think of him, he appears in my dreams.

Add to that, each time I try to resolve that I will forget him, something always happens — like his brother telling me he still loves me. Or my high school coach telling me that she asked him if there is a chance that we can get back together. He just kept silent. A NO would have been easier said. Maybe I am over thinking. Also, random stories from his coworkers reach me too. My ex works in our old high school (where we met) and his coworker tells me a story about how my ex was playing with this student’s hair. The student complained and asked my ex why he always plays with her hair. Another student said that the girl student should just let my ex be as her hair reminds my ex of my hair. I have no idea how these students even know my name or of my existence. My ex just blushed and walked away. This is according to his coworker (who happens to be a guy).

I can’t help but think that maybe he is not over me. Am I over thinking it? Am I being overly optimistic? Should I just go on and live my life and forget him?

The last time we talked he admitted to me that he hasn’t written any poetry the way he used to. I was his muse when we were dating.

I maybe thinking a lot. So set me straight Last Honest Guy.

I really need a guy’s POV.

Let me first explain the first part of your letter, do guys forget their first love? Of course we don’t but at the same time it doesn’t mean we want to go back to it. What I mean is that our first love is just an experience that we lived in our lives and nothing more. It stays there as a memory and depending on the relationship it will either be a bad memory or a good one, that’s all.

Let me give you an example, our first love is like our first car. Usually our first car is something we’ve been wanting for a long time or saving for a long time to get it. You know… we couldn’t wait to get our driver license to be able to drive a car. We usually remember it forever even if it was an old beater or a brad new car. We used to take care of that car like it was made out of gold and at the same time we learned a lot about maintaining a car and we also made lots of mistakes with it. Eventually that car breaks down or gets totaled and we get rid of it but we never forget about it. Later, we buy another car which we still like a lot and care for but this time around we’re a lot more experienced and know exactly how to take care of it the right way.

What I’m trying to tell you is that our first love is simply a first experience in our lives which we never forget the same way we never forget about our first car or our first job, etc. And like I said before, depending on the experience, we’ll either have good or bad feelings about it, that’s all. There’s really no need to make it anymore than just that, an experience.

Now, to the second part of your letter, your ex-boyfriend. What’s happening here is that you’re holding on to a memory and you don’t want to let go. Your whole circle of friends and acquaintances probably know this and that’s why they continue to tell you about your ex’s life because they know this is something that interests you.

Going back to the example above, the reason you still think about him is because to you this is an experience that you relate to happiness and pleasure. You broke up with him for the wrong reason (religion) and not because there was something wrong with him and as a result you have good memories about him. Imagine if the reason you broke up with him was because he cheated on you or because he hit you. Would you still have this good image of him? Probably not.

On the other hand, to him your are a memory of disappointment and pain. Imagine how you would feel if someone would just dump you for such a stupid reason as a difference in religion and not because you did something wrong in the relationship. How would you feel? Probably not very good about dating or relationships in general. His feelings have been hurt and probably scarred for life which explains the reason why he hasn’t been in a serious relationship ever since. I really doubt it’s because he still loves you. He probably feels insecure and most likely has stop believing in love. After all he did tell you there wasn’t any more love left for you or anyone else.

This doesn’t mean he won’t get over it, it just means that the impact was too great that it’s taking him some time to overcome it. Specially because he was young when it happened and was probably a first experience for him too. It’s almost like when someone goes to the beach for the first time and almost drowns. They usually have a fear of the ocean and never really want to go and get in the beach again. I’m sure you get what I mean.

What I suggest you do is forget about the chance of getting back together with this guy. It’s in the past and I don’t think is a good idea to go back to it. There’s just too much history between you guys and I’m afraid there might be some unrepairable damage that will always hunt you for a long time if you decided to give it another chance.

People change and it’s been 8 years since you guys were together, he was young and so were you. Chances are that his personality is much different now than how he was back then and you might be in for a disappointment if you want to try to pick up were you left off. You might realize that you’re really looking for a memory of what you used to have and not really who he is now.

Also, never compare that relationship to any new relationship you might have in the future. If you continue to do that, you’ll never be able to find someone again. You must treat everyone on and individual basis in order to truly value them and give that relationship a chance to survive and flourish.

When you date new people avoid looking for someone who is just like him because it’s impossible to find it. Instead, identify the personality traits you want in a guy and look for someone with them.

Lastly, tell all your acquaintances to never mention anything about him again and that should really help you get on with your life and hopefully find the right person for you. Good luck and I hope this helps.