I think there was something really special between us, but timing/life circumstances were against us… 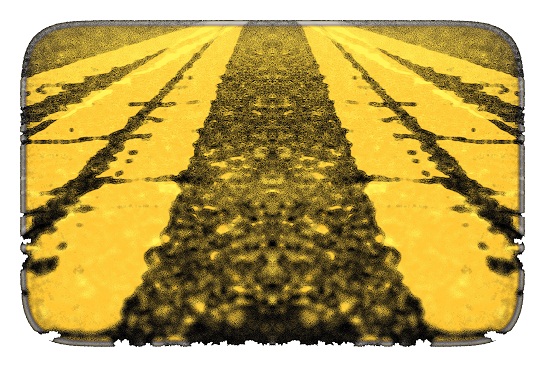 So I’m a 29 female student in professional school and I met a guy through mutual friends 4 months ago. He is 28 and I am 29. We are both American/Caucasian, with graduate degrees, active lifestyles. He lives 400 miles away and was just in town by chance visiting these mutual friends. We really hit it off and he came and visited me again several weeks later when he was in the area (but still a several hours drive away) and then when I was on his side of the state we spent a couple nights together. We have not had sex (but did have some intimate contact). There seemed to be a very strong connection mentally and physically- he called me beautiful, amazing, smart… on multiple occasions, talked about things he loved about me, was super kind to some of my friends I introduced him to.

He also did not pressure me at all for sex—even checked in multiple times to make sure I was ok with the “stuff” we had done previously and told me not to apologize when I said I wasn’t ready to go further- he even said I should not be sorry, he was just happy to be near me. I felt really comfortable and at ease yet hugely attracted to him in a very short period of time (actually he said this exact same thing, and it’s exactly how I felt but I held back on being as expressive about my feelings).

The last night we spent together HE initiated “the talk” and said that he was not ready for a relationship, after I told him I liked him enough to try to make something work. He listed things like just graduating law school, getting a new job, ending a previous long-term relationship a few months before… all true. I think he just wants to date and have fun at the moment- but I was still really sad when he didn’t contact me much after I left- just a few text messages- I did however most of the contacting so I think he figured he didn’t have to do much and I would stay interested. Also I know starting a relationship long distance is not really a great idea- everything just felt so “right” with him.  So I decided to try to let it go and stopped contacting him for 2 months- during that time he has begun to contact me more… Can anything be salvaged in the future? I will be in his city for several months this coming summer- under what circumstances should I let him

know I’m in town? (also there is a high probability that we will be living in the same city in a couple years)

I think there was something really special between us, but timing/life circumstances were against us, am I nuts for thinking there could still be something special … Or was I just a failed booty call? Being kept on the back burner? He really liked me but it’s not practical? Do guys forget about a girl they really like? Ok sorry, that’s a lot of questions!

OK, so this is a pretty unique situation that you’re in and one that I would generally advice to just turn the other way and forget about it. However, there are a number details you’ve provided that make me think other wise. These reasons include, the fact that you two seem to have really connected in many levels and also that there’s a possibility you will eventually live in the same city in the future.

My advice is to stay in touch and become really good friends for now until both of you are in a better stage in life to be in a relationship. For starters, he has straight out told you he is not ready for one right now and you should respect that and not try to force anything. Also, a long distance relationship is really hard to make it work, so it’s best to wait until you guys are geographically closer and then try to start a relationship then.

Can anything be salvaged in the future?

Yes, by becoming friends you will be able to really get to know him as a person and be able to truly know if this is a guy you really like. A lot of the times someone seems to be perfect at the beginning but after really getting to know the person, their true colors surface.

If after a couple years he still seems to be a person you might want to date, then you would’ve created a good foundation for a relationship with someone who you’ve know for quite some time by now.

It’s also very important to not put your dating life on hold just because you’re waiting for the right time to be with this guy. Rather date guys the way you would normally do it if you didn’t know him and after a few years if he is still single and so are you, then you guys can give it a shot then.

Under what circumstances should I let him know I’m in town?

Was I just a failed booty call?

The answer to this question could be a YES. But let me clarify that when it comes to men, it doesn’t matter if we have an extremely deep connection with a girl or she’s just simply hot, we’re always happy to get laid if the opportunity present itself. So there’s no doubt that if you would’ve allowed it, he would’ve been more than happy to screw you hard. So remember, just because a guy says he doesn’t want a relationship it doesn’t mean he doesn’t want to get laid.

Do guys forget about a girl they really like?

No, when a guy really likes a girl, he won’t forget about her easily. But remember that most guys tend to think with their brain first and not their heart. When something is not smart to do, we generally try not to do it. In you’re case, not only would it be a long distance relationship but he also wants to be single for a while before getting in to something serious. The fact that he said no to the relationship tells me he has good intentions with you. If he only wanted sex from you he could’ve easily became your boyfriend and had sex with you all he wanted until he got tired of you or found someone else who he really liked. Think about that.

As I said before, at this point you’re best bet is just to become good friends with him and really get to know him as a person until the time is right for both of you. Good luck.