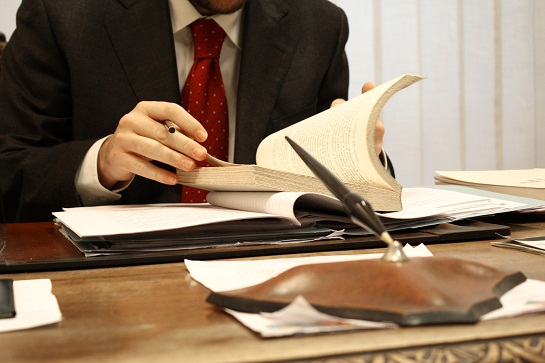 Well, I need some help here because I am really confused…

I like a guy at work…I see him every day and from the different things he does or says (glances, smiles etc) I think that there is a chance he likes me too but you never know for sure…He is 35 and single. He is an average looking guy but with a strong personality and he is also very sociable and humorous. I noticed that even though he is really comfortable talking to and teasing other girls at work, he is not that comfortable when he talks about me or to me! Sometimes I wonder if he does this because he finds me boring…However, he has made it clear many times that he likes me as a person and even said once that I am the best in everything without specifying what ‘everything’ includes! Many times, I may turn to him unexpectedly and catch him looking at me. For example, he may make a joke that has nothing to do with me at all and I turn to look at him and laugh at the joke and I notice that he had already been looking at me!

The other day, I was out with a male friend of mine. We were just having drinks and having a great time like I would do with any female friend of mine. I do not think that someone would think we were a couple…The guy I like was also there but not too close to us. By the way, he knows that I do not have a boyfriend. I pretended that I did not see him but I could see from the corner of my eye that he was watching us. My male friend also told me that he was watching both of us. I was waiting to see if he would come to say hi, but since he did not come, after a while I decided to go talk to him. 90% of the times he talks to me he is smiling and in general he is a happy person especially when he is out. But that night, he looked really serious. When we said hi, he said he had seen me a while ago. I told him that I just saw him and asked him why he didn’t come talk to me, he said that he did not come because I was ‘busy’. I said ‘really? with what?’ and he replied ‘with a male…’! After a moment of silence, I did not know what to say, I lost my words and after some seconds I replied ‘yes, with my best friend’. He did not reply and I said ‘I have to go now, bye’ and left. How do you explain his behavior? Was he jealous or was it just an excuse for not coming to say hi?

The next day at work, I did not mention anything about what happened and he teased me about going for drinks really late that night… Over the following days, I tried to show him that what happened that night did not affect my behavior and actually I felt that we came closer. We talked more and teased each other more. But that was just for some days.

Lately, I feel that we grew even more apart. I started feeling awkward and really nervous around him and there are some times where he has the chance to talk to me but he does not. I do not know how to act any more and I do not know what to believe. Did he understand something about my feelings and decided to avoid me or does he feel the same and is confused?

Do you think he has feelings for me?

Please understand that when a guy sees you with another dude at a bar having drinks, it’s automatically assumed that you’re on a date (specially if it’s only the two of you). Also, if he didn’t go say hi to you because he saw that you were busy with another dude it’s out of respect for the other guy. Most men don’t just go interrupt another guy’s “game”. That’s actually a sign that this guys feels secure about himself and at the same time knows how to respect the “man code”.

One thing I do want to point out is that most guys don’t really like to have girlfriends who considers other men their best friends. That’s something we really don’t want to get ourselves involved in.

The reasons are simply because;

a) This guy might be YOUR best friend but to him you might be the girl he likes.

b) We don’t really want to have to deal with another guy in the picture, we want to be the only one.

c) Generally when a girl has guy best friends is because other girls don’t like her for many “unknown” reasons, and one can only wonder what those are (perhaps an attention whore or a slut? Who knows).

The idea here is that men are not too fond of this “male best friend” concept. Keep that in mind next time you tell that to a guy.

Do you think he has feelings for me?

Now to your question. Yes I think there’s a good chance that this guy likes you. However, the way you’ve described him seems to me like he’s also pretty smart and has been around, if you know what I mean? I mean he is 35 years old after all.

What I’m trying to tell you is that if he is in fact a smart guy, he would never date you. Never!

That’s not because he doesn’t like you but because you’re also his co-worker. Any smart person would know to NEVER date a co-worker. It’s just not the smart thing to do.

With that said I would suggest you back off of it too. It’s not in your best interest to date him either. That’s of course,  if you value your job and plan on being there for a long time.

Just think about it. What would happen if things don’t work out between you guys? You would have to still see him every day at work no matter what. That would make thing uncomfortable for the two of you.

Ok, say you remain friends anyway after your break up. How are you going to feel when he starts to date someone else? What if it’s someone else from your same company? That would suck.

And if you’re being optimistic and think this relationship can develop into a serious one, this would totally change yours and his work atmosphere.

The bottom line is that he knows that dating you could drastically change his entire life and he’s not willing to take that risk.