How to successfully reject a guy 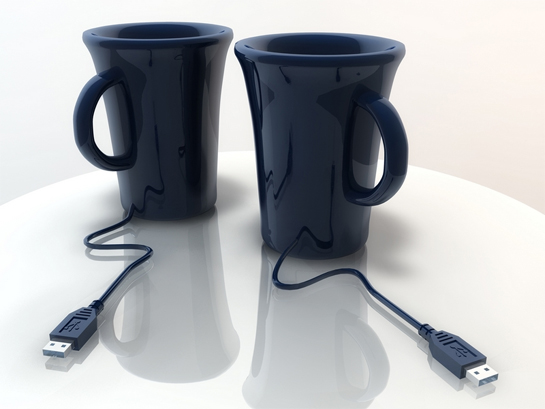 My girlfriend and I are internet dating. I have done it before in the past so I have a little experience in this landmine of liars.

Here is the question: How do you say after texting and/or calling someone; I’ve decided for whatever reason NOT to meet you. I’m not interested.

Ex: text ” I’m sorry but I don’t think we are a match and I wish you the best in your search” ( being careful NOT to say “good luck” as that might sound mean) As a women I had rather get a no thanks note than have someone disappear. Some guys get the text and freak out and get mean etc. I realize no one wants to be rejected but we all will at some point…

So what’s the best “no thanks on the meeting you after all “?

Rejecting a guy can be a little tricky for a woman to successfully accomplish. Most women really give it too much thought without realizing that when it comes to men it works completely different than they think. One thing to understand is that men tend to always think we have a chance and we try to read between every word you say (even if it’s negative) and try to see it in a favorable way to us. In other words, if you say to us; “I just wan t to be friends” what we are really thinking is “if she didn’t really like me, she would have to told me, but instead she wants to be my friend.”

The best thing to keep in mind it’s when it comes to men you have to be clear and straight forward. This is the number one rule to successfully reject a guy. You just have to say;

“I’m not attracted to you and we don’t have anything in common so please don’t call me anymore.”

Try to be as clear as possible and avoid saying words that can easily be misinterpreted. Do not worry about hurting our feelings or anything like that because we’re used to it and you wouldn’t be the first one to do it.

Please don’t try to be nice about rejecting a guy because it will not work. Complete honesty of why you’re rejecting the guy is the one and only way to go and I can’t stress this enough. Men will not go away if you’re nice about it, we’ll just think that you don’t mean it and we’ll continue to bug you every opportunity we get with hopes that our so called “friendship” can turn into something more.

Know that even after being without a doubt rejected we will continue to try to talk to you just because we can. So, the best thing to do is to not respond to any calls, texts, e-mails, etc. and be strong at it. Every time you respond and talk to us for a split second it means that there’s hope and we’ll continue to work at it. By responding (even if it’s to give us a lame excuse to reject us once again) you are letting us know that you at least like us enough to take the time to respond. Don’t send the wrong message and remember that by taking the time to respond you are failing to deliver a strong and direct message to us. Eventually we will get tired of calling or writing to you if we never receive a reply and we will give up. Trust me; no one likes to have a conversation with a wall.

When it comes to online dating it’s even easier to reject a guy. Now a day with all these online dating and networking sites there are a number of features that are often offered and can facilitate rejection. Most of them allow you to send direct messages where you can easily deliver the news that you are not interested in him. If at that point the individual starts acting childish and decides to say inappropriate comments to you, most of these sites also offer a blocking feature where you can completely forbid them from seeing your online profile or even sending you messages. That’s the most direct way to rejecting someone in the online world and the one I would recommend if you are serious about cutting all connections with someone who’s only intensions with you is to have a romantic relationship.

This is how I would go about it; I would send them a clear and direct message saying that I have absolutely no interest in them and then I would continue by blocking them from my profile.

In an extreme case where a guy just doesn’t get the point and won’t leave you alone, most sites offer a way to report someone’s inappropriate behavior or harassment to the site’s administrator that can result in the cancellation of their profile or a ban from the site.

In conclusion, the best way to reject a guy is to be as clear and straight forward as possible when rejecting them. Do not sugar-coat anything you say and avoid saying anything that could be misunderstood. Also be consistent and don’t send out the wrong signals later. If you have decided to cut off a guy mean it and resist the temptations of answering him at all cost.