How to do I deal with this guy’s mixed signals? 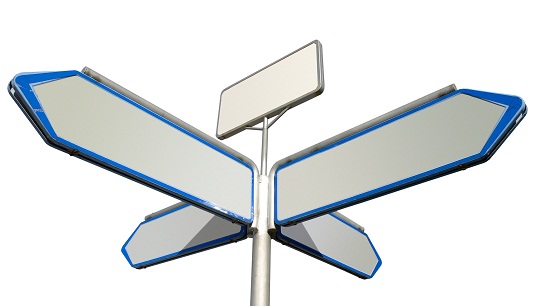 Hi I’m 20 years old and at the school I go to there is a bar that everyone goes to on Saturday night. I am there almost every Saturday along with the whole school. I end up hooking up with the same guy every time for the whole night acting like we are basically dating. When the school week comes along he barely says hi to me if that, but then we are hooking up that Saturday. How do I handle this? I don’t know what to do. Thank you.

It seems pretty clear to me that this guy is definitely not really into you or at least he doesn’t want anything serious. The actions you described outside of this bar (in school) are not of a guy that wants some kind of relationship.

It leads me to believe you might be a case of a “better than nothing” chick.

Let me explain what this means, when guys are at certain places, specially bars they will scan the room and look out for the best looking chicks there and will make a note on their agenda to hit on them. Sometimes after being rejected by the better looking chicks they will keep going down the list until finding one that’s willing to give them some action. As the night goes on and more drinks have been consumed, the expectations are lowered, by a lot. This is described as a typical case of beer goggles. Therefore, willing to settle for whatever is available at that point which is what I call a “better than nothing” chick.

If you want to find out if you’re in this situation, just take a look around the room next time you’re there and see if you’re the best looking girl he could get there. If you are, then you have your answer. I should also point out that since in your case this has been going on for more than just one occasion to the point that it seems you guys are a couple, he might feel obligated to hang out with you since he’s been doing it every time you guys are there.

In addition, you say you guys always end up “hooking up” which generally means more than just talking and hanging out (boning) and might also be a reason why he keeps coming back. Guys always like to have a sure bet. If you’re not actually going home with him at the end of the night, he’s at least hoping one of those night you will.

How to handle the situation:

If this guy was really into you there wouldn’t be a need to do anything, he would be doing all the work for you. But I’m going to give you 2 options on how to handle this anyways.

Option A (I recommend): Stop hanging out with him at these Saturday night gatherings. These guy needs to know you’re not going to be wasting your time with someone who’s not giving you what you want. You also need to send out a message you’re not going to continue to be used that way only when he wants to. At the same time it will allow you to get to know other people from your school who might not approach you because they think you’re taken. It’s pretty oblivious he doesn’t want anything with you besides getting in your pants.

If you insist and want to find this out the hard way, go ahead with option B.

Option B: The other alternative to do in a situation like this one is to get out of that environment how ever you can. You need to find a way where you guys can be alone one-on-one. Without any loud music, drinks and other distractions. During this time you will be able to see exactly how he acts around you and maybe get some of your questions answered.

Basically you need to go on a date together but it has to be somewhere where you’re able to have a conversation and pretty much be forced to talk to each other. This means no movies, concerts, clubs or any place with lots of distractions. I would recommend going to lunch or something along those lines.

You also need to be the one who initiates it, since it doesn’t seem like he will ever do it. But make sure you don’t do it in an obvious way because it will be awkward for a girl to ask out a guy. I suggest you start by mentioning a place you’ve been meaning to go eat at (specially one that you know he might like) and see if he reacts in a way which might imply he’s interested in going too. Then just proceed by making REAL plans to actually go together and this includes date and time. By the way, when you go, don’t expect him to pay for you and don’t pay for him either. It should be 50/50, each pays for their own dish. The only time it will be acceptable is if he really insists on paying and then you can just use that as an excuse to go on a second date by saying you’ll pay next time, but actually do it.

I hope this helps and do tell how it turns out. I encourage you and everyone to join in below and share some of your own thoughts and experiences.