How many guys is “too” many? 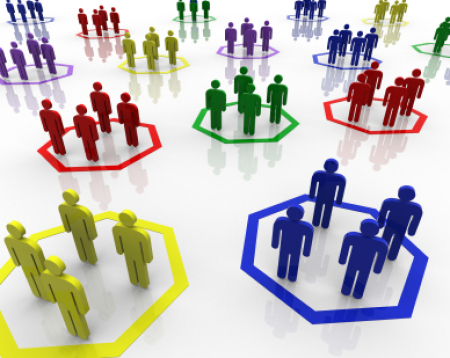 I’ve taken your advice to move on to just casual dating (while focusing on my career/uni) and getting to know guys for who they are. I met the sweetest guy and I’ve been dating this guy for 2 months. We’re the same age, we’re doing our first year in university in the same city. He’s been in quite a few long term relationships, (one was with this girl Tania for a year and the other was with this girl Michelle for 3 years). There was this other girl Mary after Michelle but the whole point of that was that they ALL cheated on him. Now this guy probably has a knack for just choosing virgins who can’t deal with long distance relationship.

Apart from my boyfriend’s paranoia at the beginning and his depression (due to his schizo-affective disorder), I didn’t think there were any underlying problems between us. We enjoy each others company and hes my best friend in so many ways. At the beginning of our relationship we’ve told each other how many people we’ve slept with. He said 6 and I said 15 (including him). I understand its a large number and I swear to god I wish I was such a crazy nut last year. He didn’t initially say anything until he asked me how many people I’ve slept with since I’ve been to Canada (as I’ve lived in Hong Kong my whole life). I told him 9 because I thought it was the right thing to tell him. He didn’t really say much of it but it really hurt him and he kept on going about how he pictures me with 15 penises.

We’ve made up and everything. But for the sake of the future (if this relationship doesn’t work out) and I’m in a different relationship. Should I lie about how many people I’ve slept with? I understand I should choose a guy who accepts me for who I am including my stupid past history. I mean the fact that I’ve been with 16 people, its made me appreciate him for who he is so much more, and thats why hes “unique and special to me” Whereas he sees the opposite because I’ve done it with so many people, its not special anymore.

Whats more is that he says that having sex with so many people makes people disrespect you. I’ve always thought that girls having sex with many men because they can is a sign of female empowerment (too many sex and the city episodes?).

How many guys is “too many”? Is it considered better to have fallen in love with 16 people and slept with them or to have casual sex with 16 people? Why do some guys care so much and if they don’t care about it what does that mean? And should you really tell your partner your past sexual history? There just seems to be a lack of information about
this subject online. Except the “it’s just how society works” bull-crap.

The girl in need of a third-person perspective

Let me explain this subject from a guy’s perspective. Most guys want to be the experienced ones in the relationship, of course I’m talking about sex. Guys generally want to teach their partners and not be taught by them. Ok, if we’re talking about MILFs, that’s a different story.

When it comes to sharing how many partners each has had in the past, guys want to be the ones who are the most experienced in that field. If they’re not, feeling of insecurity start to creep up. Men feel like they have to compete against all those previous guys and be better than them. That can be a lot of pressure for some guys.

By the way, this also happens to women. When a guy has been with way too many girls they might feel insecure and can also a bit disgusted by knowing their boyfriend is a dog.

My first response is to be honest and deal with the consequences but If you’re a girl who has slept with a lot of guys and want to avoid a big mess, you first find out how many girls your boyfriend has slept with and say any number below the one he just said.

The important thing to remember is that once you decide to do this there’s no going back and must stick to your decision other wise you will have broken his trust and will be really hard to rebuild afterward. I suggest you really think about this before you go ahead and do this. After all that information is something really personal that you have the right to pick and choose who will know about it.