Great guy is not so great when he’s drunk 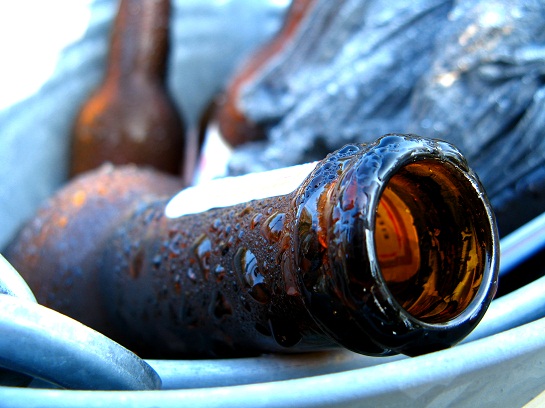 My boyfriend of one year is a great guy. He is 10 years older than me, has a successful business, and we have a lot of fun together. We get along really well except for one problem: When we’re out with friends and he’s had a few drinks, he tends to make jokes at other people’s expense that aren’t funny. These comments are cutting and can be mean at times.

This behavior interferes with my feelings for him and I get really turned off. Even having me withdraw from him afterward for a few days doesn’t make a difference in his behavior.

Do you have any suggestions?

Let’s just start by saying that you’re a nagging bitch (before you complain read my what to expect in the about section) and I can’t believe that you have a guy you refer to as “great” but here you are complaining about a small part of his personality. You say he’s successful, you have a lot of fun with him and he’s great, what more can you ask for? Think about the women out there who live with an abusive man or a drug addict that beats them on a daily basis. Now that’s something to complain about if you ask me. Disgusting!

Have you ever asked yourself and wondered if maybe you are the only one that has this problem?

Funny that you don’t mention anything about other people complaining about him. Let me point out that generally when you say things that offend other people, those people stop hanging out with you. He’s friends still enjoy his company otherwise they wouldn’t stick around and you didn’t mention anything about your friends complaining which supports my suspicions and leads me to believe that you’re the only one with the problem and it may be the same reason why he isn’t doing anything to change his behavior.

Also keep in mind that guys usually joke around pretty heavily but it’s not a big deal we can take it, that’s why we are men. Women are usually the ones that are too sensitive and that might explain why you believe his behavior is inappropriate.

The solution to your problem is really simple and you have a few options. The first option and also the one I recommend is to just brush it off and stop making a big deal about it. Just relax, why start creating unnecessary drama in the relationship? If this guy is so great in everything else but only the few time he drinks he acts in a way that you don’t really approve, then I think that’s a small price to pay for having such a great guy. Let’s be realistic, no one is perfect and we just have to learn to balance the good traits with the bad one and see which one out weights the other.

If this behavior starts to really become a problem with others, you won’t have to do a thing because these people will start avoiding him and stop hanging out with him on their own. This way you have done your part to inform him of your observations and now he will be experiencing the consequences and there’s no one to blame but himself.

Your second option is to not bring him around you’re friends during events that might involve any kind of drinking. At least this way you will look after the well being of your friends and avoid any possible conflicts. Then if he asks why you don’t bring him around anymore you can just tell him the truth and this way he will realize and maybe be more conscious about his actions and comments to others.

Lastly, if you this really becomes such a big problem to you and you are willing to lose a great guy over this, you will have to make the decision to just move on. Although It would really be a shame to let go of great relationship over something that only happens during a fraction of the time you guys are together. I can’t put it in simpler words.