Can anyone stand a liar? 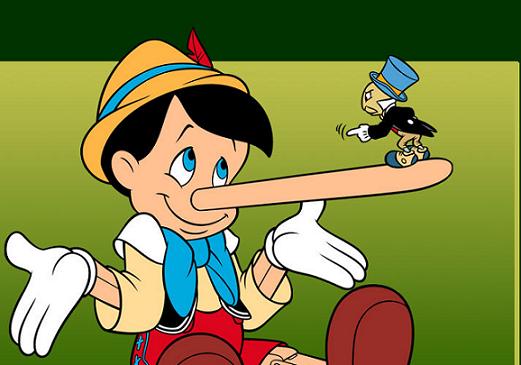 I have some serious relationship issues and it seems my head and my heart can’t work together on this one. I am very inexperienced when it comes to relationships only having 2 serious ones in my life, and the man I’m with now is the father of my son and was my first “real” boyfriend. We met when i was 20 years old and were only dating for about 2 months when I found out I was pregnant. He left shortly thereafter to get back together with his ex. They broke up less than a year later, and a month after that he was with someone else. He has never been single for more than 6 months since he was 14. During the time we were separated, I had a 9 month relationship with another man, whom I ended up leaving to be with him.

We moved fast (again) and ended up moving in together after only about 2 months of dating. I moved 2 hours away from my family (whom helped me raise my son to that point) to be with him, and he already lives 5 hours away from his family.

We constantly fight about where our future is going to take us. He told me before I moved with him, that he would do anything to be with me and that if I came to live with him for a while he would do everything he could to keep me and that meant finding a job closer to my home so i can go back to school.

We both have no family where we are living now and I plan on attending Medical school to become an OBGYN. I want my son to be close to family like i was, but he feels that it’s not fair that he be close to my family and not his so he wants to stay where we are since it’s in the middle. I am very very close to my family and it hurts me to be this far away. He also doesn’t get along very well with my family. He doesn’t seem to want to make any attempt to get to know them or be close to them. Whenever I go home for a visit, he never comes with me or if he does he just complains. This is the biggest issue, besides the normal, he doesn’t tell me I’m beautiful, not affectionate enough blah blah blah.

But now, I did something I am completely ashamed of and swore to never do…I made a comment to my son about him. We were fighting on the phone and I was crying, and my son, who is almost 4, asked if I was crying and who I was talking to. I replied “yes I’m crying. I’m talking to your dad. He’s the only one that makes me cry.” Although the statement is completely true, I can admit my wrong doing that I should never bring my son into our arguments and I have always sworn that I wouldn’t but I did this time, and he became furious and hung up on me, and giving me the silent treatment for 3 days. I apologized for saying what I did when we finally talked and he said that he was so angry he didn’t know if he wanted to be with me anymore. He started bringing up other things basically trying to point fingers at me about our relationship not working out, and I shot back with things he’s done and reasons why I may have done what I did and so on and so forth.

In the end, I told him I would leave if he was questioning our love. You either love someone or you don’t right? And I figure if he didn’t know whether he loved me, there was no sense in staying. So I made the decision to leave, once I was finished my current schooling. That night, we talked and he said things he had NEVER said before. He wooed me for the first time in months and looked me in my eyes and told me he was tired of “trying” to make our relationship work and that he was gonna DO it this time. He held me like he hadn’t in a long time and told me I was beautiful and how much he loved me and he didn’t want to lose me or our son. I won’t lie, I melted. I told him I can’t make promises but I would stay. I was still skeptical, only because I feel like he had said similar things before. So now my real dilemma, the day after we made up, I went through his phone and found that he had messaged a girl that we both knew and was making sexual comments towards her. She had invited him to a going away party and he responded by saying “I have to work that day, so I’ll have to please you another time” and that she “was gonna get it.” When I confronted him, he tried to play it like he was joking at first, but when I made it clear that it was inappropriate, and how would he feel if I was saying things like that to another man, he went on saying, that he didn’t know what was going on with us and that it was no big deal and it wasn’t her fault (which I totally agree with) and that he was just trying to get revenge on me for saying what I did to our son and trying to hurt me. I have never been so angry. I wanted to physically hurt him and I am not an angry person. I couldn’t believe that he had done this just because we weren’t getting along. So needless to say, I slept on the couch that night feeling disgusted and he barely showed any remorse for the fact that I was crying for hours by myself. The next day he kept apologizing saying he didn’t know why he did it (yet he told me why he did). Since then we haven’t talked. He has apologized a couple of times but I just feel so horrible and every time I think about him talking to this other woman like that, I just get knots in my stomach and think I’m the biggest idiot in the world for even thinking about staying, but at the same time, I want to believe him but I know I won’t trust him the same. I don’t know what to do or if our relationship is worth saving. Please help me!

Sounds like you’re relationship is a total disaster and I’m not sure I would stay in it if I was you.

Actually, I do know what I would do; get the hell out of it.

Just go back and read everything you wrote to me and it’s pretty clear this is the wrong relationship for you to be in.

The whole story about texting that girl to get revenge at you is a complete lie and I hope you didn’t buy it. Why would he text this girl the day after you guys made up? How would he know you were going to go through his phone? It’s just not believable.

So, let me add one more thing to the above list:

So, do you still want to be with him? I hope the answer is NO. Just move on.