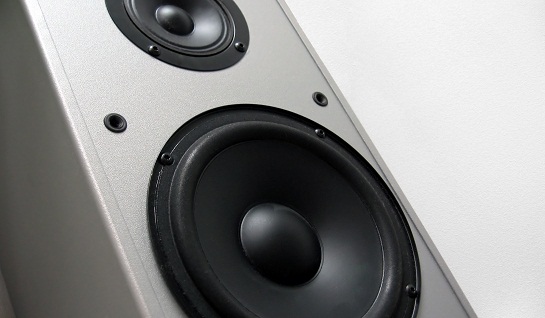 My boyfriend and I are in college and have been dating a while now. Last January on New Years he told me he loved me for the first time. Then 3 days later, he broke up with me for no reason out of the blue. He then got back together with his ex girlfriend a month later. They were broken up within another month and after weeks of playing hard to get I gave in and we are now together again.

Over the past couple months things have been changing. When we used to have little arguments and I would get upset or cry he would completely drop the argument and apologize for making me upset. Now he just yells and tells me he doesn’t want to talk to me. He used to send me the sweetest text messages saying how much he loved me and how much I meant to him. Our texts now usually read “hey what are you doing, oh ok, haha, yeah, just boring stuff). A month ago we got in a huge fight because his ex girlfriend won’t stop texting him despite the fact that he has told her to leave him alone. I got really upset and mad, which made him mad and he ended up yelling at me and telling me to get out of his apartment and go home. The next day before I left to go on a girls vacation trip for the weekend I went to tell him bye. We were fine, sweet, smiley, and in love. As soon as I got out of town, things changed. He started ignoring me and told me that he was confused right now because we had been arguing so much. He said he didn’t know if he still wanted to date me or not and he needed time to think about it. He wouldn’t tell me he loved me, call, text, or anything the entire time I was on my trip. The second I got home, everything was fine and he didn’t even want to talk about it he just wanted to act like it never happened.

Last night it was his birthday and my first time meeting a lot of his friends from home. We were PERFECT. all lovey dovey and he kept telling me how in love he was with me. Later on in the night I ended up getting a little too drunk. I used the word “cunt” to describe one of my sorority sisters and yelled his name really loud at 3am because I could not find him. Then I got sick. He took care of me and was so helpful. This morning, he texts me and says “is it just me or does it feel like were not even dating” …We haven’t seen each other in a couple weeks because we have been home on Christmas break. We usually see each other every day. Of course I freaked out as he told me he was confused about us right now and needed time to think. He said that he saw a “redneck” side of me he’s never seen before and didn’t like. He said it was giving him second thoughts about dating me and was very unattractive. He also uninvited me to his birthday dinner with his family. Just like when I was on my girls trip, he’s once again saying he’s confused about us and needs time to clear his head.

How in the world am I supposed to handle this? This is the second time he’s been “confused” and I don’t think its fair that he changes his mind every other weekend. What should I do? What should I say to him? We haven’t broken up and he tells me all the time he could never break up with me because he’s so deeply in love with me, but why is he doing this? I’m so in the dark and I can’t stop crying. I’m not 100% sure we will break up and judging by last time I doubt we will but why does he keep doing this? Please help me I need real advice not what I want to hear.

I agree with you and don’t think it’s fair that you have to go through this confusion every other weekend either. The good news is that you have complete control over this and the only thing you can do is put a stop to it, indefinitely. In other words end the relationship for good.

You must accept that this relationship has been over for a long time and just make it official. Since your boyfriend said he could never break up with you, then that means you have to do it.

I’m a strong believer in that actions speak louder than words and just because he says all these wonderful things to you (when he wants to) it doesn’t mean he means them. Just take a look at all his actions, someone who really loves you wouldn’t do all those things to you.

You’re also being naive and I can’t believe you don’t see the obvious signs that he’s just playing you. Every time he PRETENDS to be mad at you it’s because he wants to make sure to have a reason to not answer his phone and ignore you because in reality he’s doing whatever he want behind your back during that time.

Why do you think, conveniently enough after you left for your trip he suddenly was “confused” about the relationship and ignored you the whole weekend? The answer is obvious, it was the perfect opportunity for him to be a free man and do what ever he wanted without you. Believe me it was just an excuse to get rid of you that weekend.