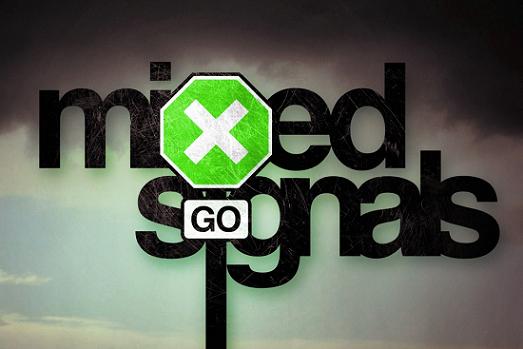 Basically, I have a huge crush on this guy but he can be kinda shy at times. On the first day we ever saw each other, he walked in through the door and just stared at me. A friend of mine opened the door for him and when he walked through, he just looked at me with a nervous smile however, I think the nervous smile was due to my friend teasing him about something not related to this topic. He was looking at me while my friend was talking to him too. When i looked at him, he looked down (still smiling nervously lol). One day, I was handing out questionnaires and I noticed he was getting ready to take one from me and when I did give him one, he just said “thanks” and took it from my hand staring at the paper. When I let go of it, he blatantly acted disinterested by putting the paper down and just looking away from it and me while the other people were kindly reading it lol. That same day, he even looked back when he got to the far end of the sidewalk as he most probably thought I couldn’t see him and he saw me catch him. The following day, I had to ask him back for the paper I gave him and as I was standing waiting for him to come a bit nearer, he was staring at a building as he knew I was looking at him. When he finally realized that I wanted to talk to him, he looked at me and smiled while raising his eyebrows and he even said hello. He came to me instead of making me walk to him lol. While I was talking, he looked at me, listening to every word I said. But when I waited for his response, he took so long to answer but he answered with short words. Why? Another day, he saw me through the window and when I looked at him, he was looking at the floor and just blushing and smiling. And when he walked back, he glanced at me again when he got to the far end but he saw me catch him again lol. He doesn’t look back anymore though, nor does he look at me when I am there. However, one day he walked past me and looked at me with the corner of his eyes. Why did he do that? He was quite near me too and I caught him looking through the corner of his eyes.


So basically, i have seen him look at my direction but he quickly averts his eyes when i look his way. But I’ve also been receiving mixed signals from him. For example, I was saying hi to his little sister and he didn’t even look at me when I walked past greeting his sister. It was so obvious that he was ignoring me. All he was doing was sort of fidgeting about and trying to take hold of his sisters bag and hold it himself lol. He doesn’t always look at me when I am there and I don’t know why he does that. He is shy so maybe that’s why =S

The main mixed signals are basically that he looks like he’s ignoring me but at the same time starts forgetting about when he knows I’m looking. He doesn’t always look at me when Im just standing there lol. I don’t really know what’s up with him? I’d really like an answer please?

Well, the answer is very simple; this guy is to damn shy to talk to you.

At the same time it sounds like you’re really into this guy which makes me wonder if you are thinking way too much into his actions. It’s funny how you seem to remember every single time he has looked at you. I mean, from everything you have described you haven’t given me any concrete evidence that shows he actually really likes you. Besides the “looks” you’ve mentioned the only thing that indicates he likes you is you’re imagination. There’s a strong chance that he doesn’t even like you at all.

For the benefit of the doubt I’ll assume that he does like you. So, my advice to you is to actually make a move and try to get closer to him other wise he will never do it. I generally don’t recommend for women to go after a guy too straight forward so you want to do this with style and not desperation. Common ways of doing this include, inviting him to a group activity where it doesn’t feel like a date or finding a good excuse to be in a common place together. I’m sure you can think of possible activities that you both share in common and try to get him to go with you. It’s important that the activity you choose is something you know he’s in to because that will increase the chances of him wanting to go with you.

Once you get to spend more time with him, hopefully he will start to open up to you and you will be able to tell if he truly likes you. Good luck!