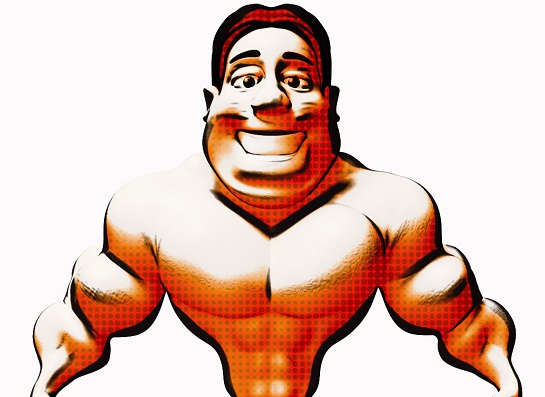 A few weeks ago I got out of a two and a half year relationship that, well, wasn’t so healthy. Basically my ex was flirting with other girls behind my back, after an episode a year ago of full-blown infidelity. I have trust issues because of it, and am going to be very picky when even talking to someone else. I’m looking to start dating again, at the very least meeting new guys. I’ve been reading these articles on how to get get your ex back. A few months ago I met a lady at a job I had, and we became friends pretty quickly. We both no longer work there, so I don’t get to see her much – which is why I was happy to drive 45 minutes to her house to hang out with her and her family for the first time.

Now, I’ve seen pictures of her son online, and I’m very attracted to him. I just get a very good vibe from him, and know he is the type I would definitely be interested in dating, or pursuing a relationship with, He’s the same age as me, 22 years old. I know he also had just gotten out of a relationship, and he’s still hurting from it. His mom (my friend) actually asked him about meeting me and he told her he wasn’t ready for a girlfriend and was looking for ‘rebound girls’. I did get to finally meet him the night I went to her house. He lives in another state, but was visiting for a few days.

I must say I was quite nervous. We said hi when we were introduced, and those were basically the only words exchanged. I think it might have been a bit awkward because his mom already asked him about me. I am normally a shy person, but since I felt so comfortable around his mom and I really liked the atmosphere, I opened up quite a bit. I spent several hours there hanging out, and though I talked to everyone else present (his brother, brother’s girlfriend, step-dad, etc.) I didn’t get to talk to him at all, even though we sat next to each other part of the night. He had been sitting on the other side of the room, but when I got back from using the restroom he had moved to the chair next to mine – although, that’s where his phone charger was, and he was frequently texting. The purpose of the get-together was to watch a fighting event on tv, so that accounted for some of the lack of conversation. He’s actually a fighter, so is his brother, so they were really into the program. He was complaining all night that he was tired, because of the beer he was drinking, so not too long after the event was over he went upstairs to sleep.

I REALLY like this guy. I’m trying not to come on too strong, because honestly I doubt he returns my interest. But at the same time, I know he’s still recovering from his last relationship. Also, I don’t know him too well, and this could be his normal behavior. I’m friends with him online but have never had a conversation with him there either. From your experience, does this sound like a case of ‘he’s just not that into you’? He IS going on dates, from what his mom said; so he does have some current interest in the opposite sex.

The quick answer is, he’s not that into you.

Let me explain why;

The bottom line is that he’s not ready to start a serious relationship right now and he knows that starting anything with you would have to be serious. At the same time if he had the slightest interest in you he would at least try to talk to you and have more interaction with you. At this point all he’s doing is being nice to you just because you’re his mom’s friend. He has all the tool to interact with you a bit more but he chooses not to and that should be your biggest clue that he doesn’t want anything.

My advice to you is to just keep in touch with him but not try to pursuit him for anything more than friendship. Definitely don’t beg him or become that chick that’s always hanging out at his house with the only purpose to be close to him, that’s a major turn off. He’s too young to be in a serious relationship and you are too. Just concentrate in meeting as many guys a possible and getting to know them so that in a few years you can have some experience in dating and recognizing the type of guys who are “serious-relationship material”. This way if at a later time (a few years) he has matured and is looking to start something serious with someone, you might be a good candidate for him at that point.

By no means wait for him or never consider anything serious with anyone else, because there’s no guarantees that he’ll ever get there or even be compatible with you at that point. Instead go on with your normal life and if later you’re both available at the right time then give it a shot and see how it goes.

I hope this helps and good luck…