Should I just hold on and continue the “best friend” role?” 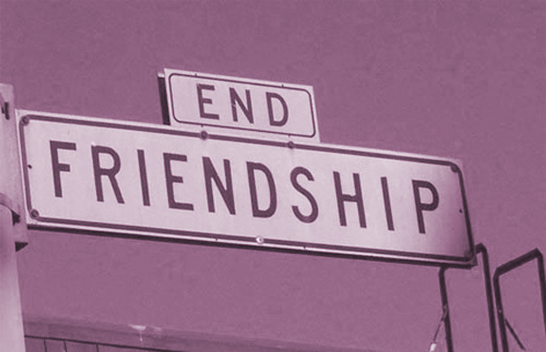 I am in a difficult situation right now and dont know what to do, to start off I used to date this guy, we will call him T. Well one day I was at his house just hanging out, and a couple of his friends came over, one of them being his cousin (e) that I had never met before. Well, to make a long story short, the attraction was there since first sight, and after that, he just seemed to always be around. One night after a night out with a group of us, E and I met up down the road and went driving around together, nothing sexual happened, just deep conversations and it felt like I had known him for years, well this back and forth talking everyday and hanging out went on for a couple months with nothing further than that because we both knew that the situation was wrong because of him being related to the guy I was dating. I knew that I had way stronger feelings for E than I did for T and just more of a connection, so I ended things with T. Well, shortly after that E and I went out together one night and things starting happening very quickly, he was the sweetest, most caring guy I had ever met, our relationship went to another level after that and we had sex. Everything was fine after that, more like perfect, until about 2 months later when T confronted E about our situation and told him that they are family and nothing needs to come between that, including me, and just let E know that he was hurt about what we were doing. Shortly after that, E ended things with me after a long talk and deciding that we should just be friends until the situation calmed down with his family. I understood and agreed, but now it has been about 6 months since that day, and we are and have been strictly friends since then, nothing at all extra, we still hang out all the time , talk and text all day, still give each other the same looks that we used to, and all of my same feelings for him are still there. I just dont know how he feels and I am afraid to tell him how I feel because I feel like he doesnt feel the same way anymore that he used to. Everyone else says that they think he still has deeper feelings for me, but I dont know if he really does because if someone asks him what we are, he always says “best friends, thats it” it hurts me because I want things back the way they used to be, but I am afraid of rejection, and ever more terrified of losing him all together. Should I just hold on and continue the “best friend” role, or tell him how I feel?

Look, I’ve always believed in the old saying “blood is thicker than water” or “bros before hoes”. I think this guy is doing the right thing to be respectful to his family and not date you. After all, your family will always be permanent and will never change. If he dates you and things don’t work out afterwards he will always be in bad terms with his family and can lose a lot of valuable relationships.

There’s way too many people out there and there’s no reason to believe you can’t find someone else. The real problem here is that you still frequent this guy and unless you stop hanging out with him, you will never get over him.

If he was willing to confront his family by being with you, he would’ve already done so. It’s clear that he doesn’t want to go against them.

I advice you to stop being the “best friend” and just talk to him and tell him how you feel. You need to be prepared to change everything you do, places you frequent and even people you hang out with in the event that he chooses his family over you. There shouldn’t be any drama involved or bad blood just because he’s clear about his decision. Don’t pressure him into doing what you want him to do. Just be a mature girl and let him make a decision. It’s very simple, you don’t want to be with someone who doesn’t really want to be with you.

I hope this helps. Let me know what happens.